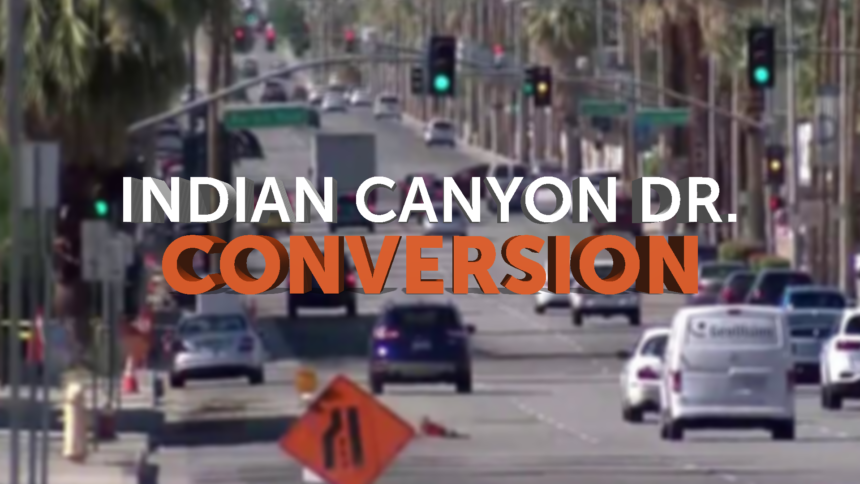 Its been less than a week since the months-long Indian Canyon two-way project was finalized.

An area of the busy street in downtown Palm Springs permits two-way traffic, compared to previously traveling all one way.

"First time a little while ago. I was coming from a hair appointment, driving down the road. I went down Indian, it was very strange," Coachella Valley resident Trisha Trepp said.

Trepp drives down Indian Canyon every day to take her daughter to school. She recalls the chaos just days ago, as crews finalized the months-long project.

"Awful. Awful because there was a lot of construction going on. We had a lot of people coming in. Nobody knew which way they were going," said Trepp.

"It probably definitely deterred some people that really don’t know about us, and they don’t want to bother with trying to figure out a way to get here but it’s, we have so many loyal regulars," server at Palm Greens Cafe in Palm Springs, Camille Montoya said.

The restaurant offers gluten-free and vegan options. Montoya says the business wasn't hit too hard from the recent construction.

"Fortunately we have been open long enough to where we have a following. People will do what it takes to get here and it’s such a great quality food. It's really hard to find that anywhere else," Montoya said.

"We had no closures here because we went to city hall and asked them not to close our intersections here because it would be too much on our businesses, so it was not a full closure," Costa said.

The business ultimately welcomes the change.

"Pretty much a good thing. Let’s keep the business rolling. Come and see us at Bouchet," Costa said.