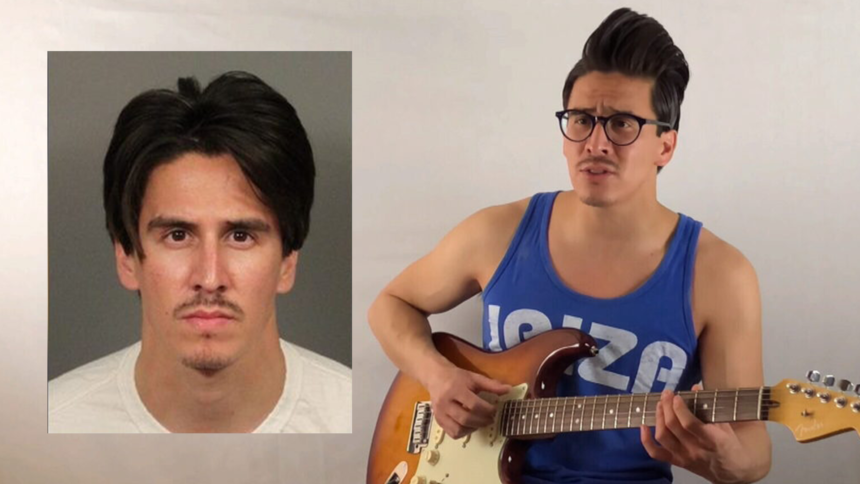 A former music teacher at Indio's Desert Ridge Academy pleaded guilty to engaging in sex acts with one of his underage female students, prosecutors said today.

Ruben Jesse Flores of Indio, 31, was arrested on April 30, 2018, after police said the mother of the victim found ``suggestive texts on her daughter's cellphone and notified police,'' according to Sgt. Daniel Marshall of the Indio Police Department.

Flores was charged with eight counts of lewd acts with a child, four counts of sexual penetration with a foreign object and two counts of oral copulation with a minor, identified only as Jane Doe in court documents.

He pleaded guilty to all 14 counts and could face up to 35 years in state prison at a sentencing hearing scheduled for Feb. 21, according to John Hall, spokesperson for the Riverside County District Attorney's Office.

Flores' plea on Friday was with the court, not with prosecutors, Hall said.

Following Flores' arrest, police obtained statements from both the suspect and the girl ``regarding several incidents of unlawful sexual contact,'' Marshall said.

Flores was released a day after his arrest on $55,000 bail, and remains out of custody. He is no longer employed by Desert Sands Unified School District, City News Service previously reported.

Flores' arrest came just over a month after a security guard at Desert Ridge Academy was arrested for allegedly sending inappropriate text messages to a student.

Bermuda Dunes resident James Arthur Campbell was arrested in late March 2018 for allegedly sending inappropriate messages to a student identified only as Jane Doe in court documents. He pleaded guilty in November 2018 to a felony count of sending harmful material to a child and two misdemeanor counts of child annoyance and sending annoying or harassing phone call.

In April, the family of Flores' alleged victim filed a civil suit against Desert Sands Unified, arguing the district should have known about the former teacher's relationship with their child.

The current status of that lawsuit was not immediately known.