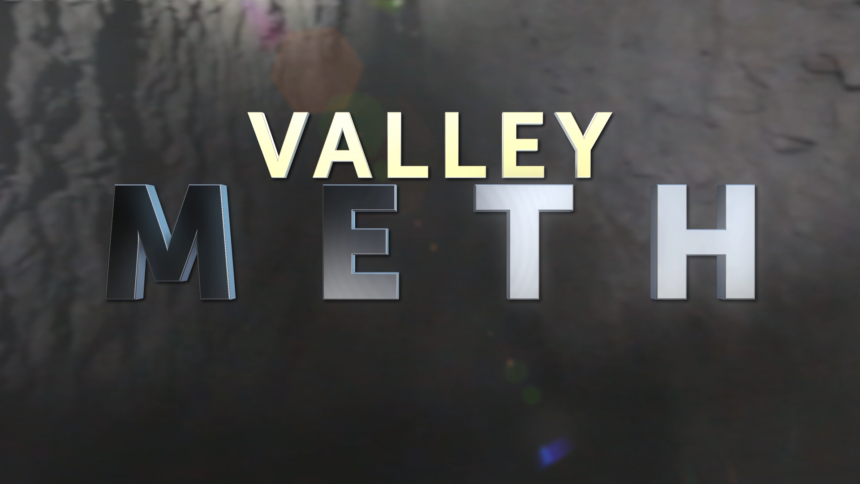 It's widely known that opioids such as fentanyl are driving our nation's drug overdose deaths.

But more people are abusing the powerful stimulant methamphetamine around the desert, according to the Drug Enforcement Agency. Other law enforcement agencies will tell you it's a drug problem that's never really gone away.

The Coachella Valley is in the middle of a growing illegal drug trade.

Robert Ishinger, a Clinician at Michael's House in Palm Springs said, "I lost everything. By the time I got sober I was living on a drug dealer's couch. I had been homeless."

Ishinger says he abused meth for more than 20 years before finding sobriety. Now, he's working to keep others get off the drug through Michael's House, an addiction treatment center.

Ishinger said, "It's changing. It's much more available. The drug is purer than it used to be."

And forget what you know about meth from some scenes in the popular show, Breaking Bad.

Wade Shannon, a DEA Assistant Special Agent in Charge for Riverside and San Bernardino counties said, "It's great on TV, but it's not the current reality, right?"

Wade says real-life DEA agents are intercepting bigger loads of meth, along with fentanyl, the cartels are making in industrial-sized labs in Mexico.

It's shipped right through the Coachella Valley along Interstate 10 west to the rest of Southern California, and east to final destinations around the rest of the United States.

Wade said, "They're able to produce thousands of pounds of meth every single week. They're able to bring it across the border with ease. The purity's 100 percent."

The DEA says it seized 1,057 pounds of suspected methamphetamine in Riverside and San Bernardino Counties in the fiscal year 2017. That number jumped to 1,577 pounds in 2018 and 2,180 pounds last year.

Here in Southern California, meth prices have dropped approximately ninety percent from a high of $13,000 in just nine years down to a current price of $1,200 because it's cheaper to make and in greater supply.

Most troubling are drug deaths. Meth played a part in 45-percent of Riverside County's drug deaths in 2017. Data is still being collected. But so far for the 2018-2019 fiscal year, meth was involved in 56-percent of the county's drug-caused death cases, according to the DEA.

The DEA says the drug scene in Palm Springs is interesting and complex due to the LGBTQ and retirement communities.

"There are drug-trafficking organizations that are catering only to the LGBTQ community," Shannon said. "And we have cases where we're targeting drug dealers who only focus on that market," he added.

Palm Springs Police tell KESQ News Channel 3 meth is a focus for its officers on the streets.

Police Sgt. Mike Casavan said, "Possession of methamphetamine often leads to other crimes, so we want to make sure we're stopping that as much as we can."

Shannon said, "the issues in Palm Springs are radically different than what you'd find in Indio, Mecca and some of those areas where the cartels have really set up shop in the eastern part of the Coachella Valley."

It's on the news almost every night. Some busts like they're scenes from a movie.

One in December saw an ultra-light aircraft used to fly nearly 200 pounds of meth to a drop in North Shore.

David Fawcett, Ph.D., L.C.S.W. is a substance abuse expert. Fawcett said, "We've seen drug trends come and go over the years, but this one came and has never really gone away."

Fawcett says the meth is incredibly easy to obtain, yet more powerful and addictive than ever.

"So people become reckless and careless," Fawcett said, "because the frontal part of their brain which controls logical thinking is turned off and they just respond to instinct."

A single dose can change your life forever. How to stop the drug's spread? The DEA says know your neighbor.

Shannon said, "If you see someone bringing in duffel bags and they look suspicious, and strange stuff going on, these kinds of community tips are also very helpful to the DEA and our local law enforcement partners."

The DEA also works to reduce demand by teaching kids the dangers of drugs at an early age. It's involved in annual Red Ribbon Week activities every October.

For those like Ishinger, who've battled addictions, staying clean is a life-long battle.

Voters passed Proposition 47, the Safe Neighborhoods and Schools Act in 2014. It resulted in meth possession no longer being a more serious felony crime. Now it's a misdemeanor, and police say there's not as much they can do about it, other than cite the person for possession and prosecute for any other crimes users may have committed.