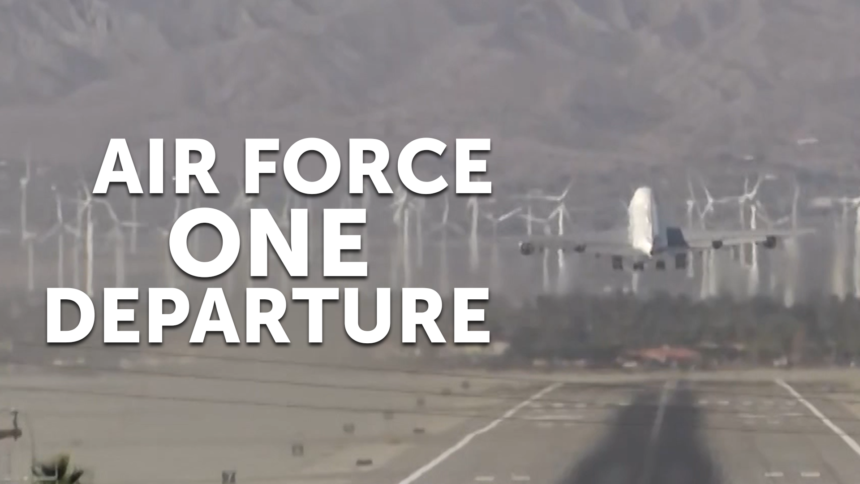 President Donald Trump's brief visit to the Coachella Valley has come to a close.

Air Force One departed from Palm Springs International Airport at around 1:45 p.m.

The President is slated to address a group of farmers in Bakersfield around 2 p.m. along with GOP Rep. Kevin McCarthy.

Air Force One arrived into Palm Springs International Airport around 10:30 a.m this morning. The original estimated time of arrival was around 9:50 a.m., but the plane didn't get in the air from Las Vegas until 10:10 a.m.

The President was in the valley for a fundraising event hosted by Larry Ellison, the billionaire CEO of Oracle. The event was held at Porcupine Creek in Rancho Mirage.