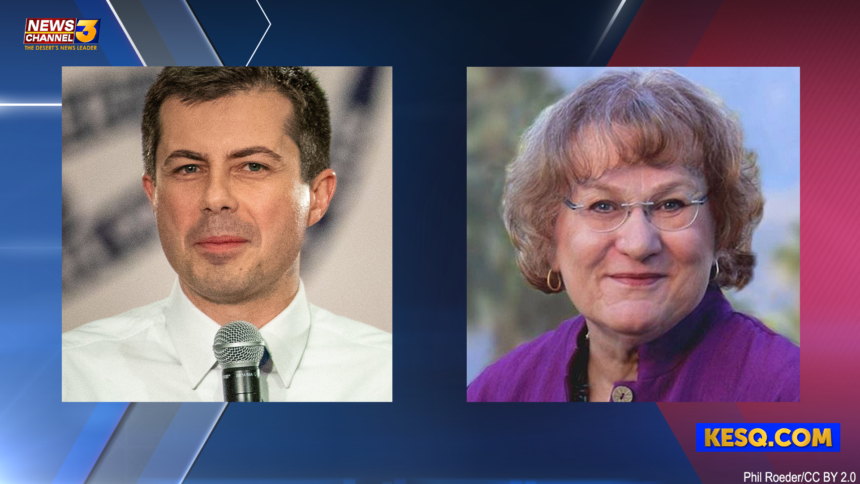 Pete for America made the announcement Friday morning.

"I'm thrilled to have an opportunity to represent Pete Buttigieg as he makes his case to the state of California. I think Californians who meet him and get a chance to listen to him will be as impressed with him with what he can do for his country as I have been," Middleton told News Channel 3.

Middleton said her involvement came about when a friend of hers in Buttigieg's California campaign chair reached out.

"Cecilia who is Buttitieg's California campaign chair is a friend of mine and someone who I have worked with. She reached out to me with whether I would be interested. Once I got an opportunity to really know the record of Mayor Buttigieg and see his work and what he can do I was absolutely honored to be apart of this campaign," Middleton said.

"These co-chairs are a diverse set of trailblazers that represent communities across the state of California," read the release from Buttigieg's campaign.

In November, the Democratic presidential candidate made a stop in Rancho Mirage for a private fundraising event. The reception and hour-and-a-half meet and greet event was held at the Andreas Hills Private Resort. It was not open to the media.

Buttigieg's husband, Chasten, came to the Coachella Valley in January for a pair of private fundraising events.

Buttigieg is the first openly gay person to run for president. He is the Mayor of South Bend, Indiana and a veteran of the Afghanistan War.