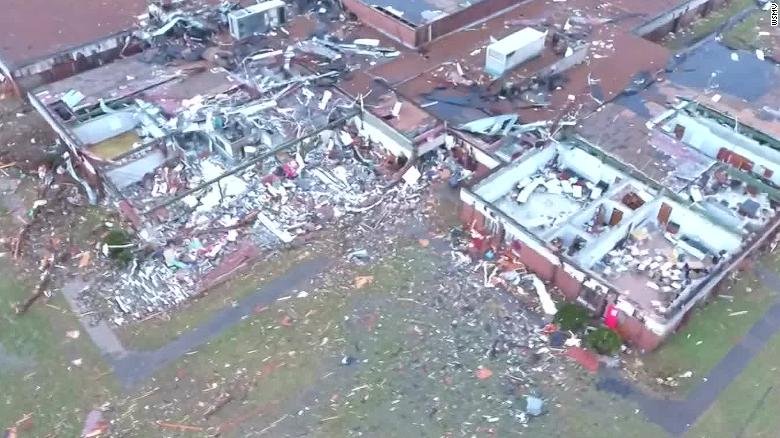 A shelter has been opened for those displaced by the tornado at Victoria Baptist Church on Tate Lane in the bush. Juliet, according to a tweet. In Putnam County, there are "several people seriously injured," County Mayor Randy Porter told CNN in a Facebook message.

The county was damaged in several homes and power lines, he said. In a Facebook post, the Putnam County Sheriff's Department confirmed that a tornado landed between the city limits of Cookeville and Baxter.

Putnam says some of the most affected areas are in Charleton Square, Plunk Whitson, Echo Valley and Prosperity Point. Several injuries have been reported in the city of Cookeville, said Mayor Ricky Shelton.

The Nashville Emergency Center Office was partially activated to respond to damage caused by bad weather, according to a tweet from the center. It opened an emergency shelter at the Farmers Market on Rosa L. Parks Blvd.

The Red Cross has been notified and is responding to help displaced residents, the EOC said.