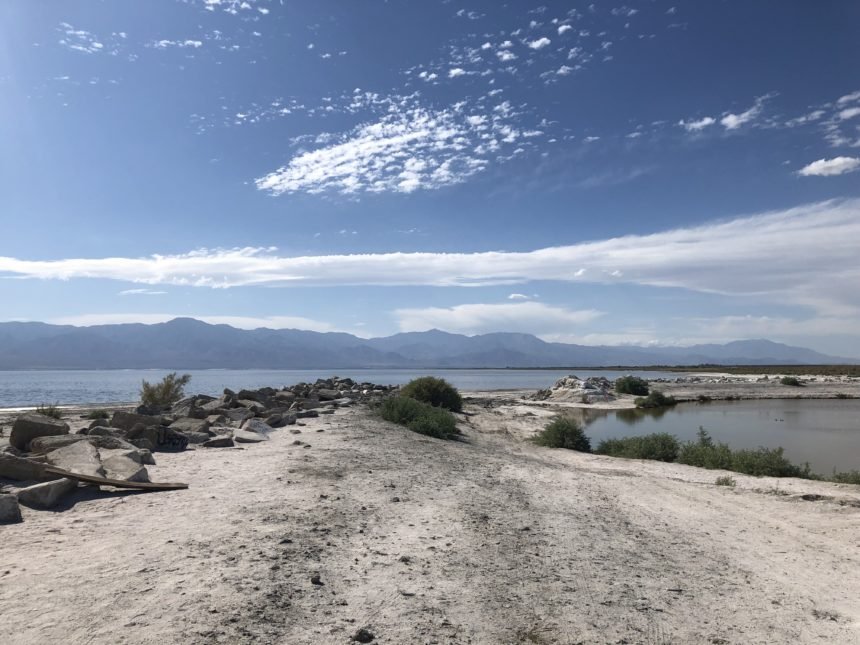 Congressman Dr. Raul Ruiz and Ohio representative Marcy Kaptur met for a meeting on Saturday at North Shore Beach and Yacht Club in Mecca to talk about the troubled Salton Sea.

The odor, Alejandra Osorna inhales daily while working the fields is just one of the many concerns Congressman Dr. Raul Ruiz said he hopes to address.

The Ohio congresswoman visiting the Salton Sea for the first time.

"I want to hear more about the potential of this region as an energy producer and we talked briefly about Geo-thermal, solar, obviously there is wind here," said Kaptur.

Ruiz, a native of the Coachella Valley, cites a sense of urgency while taking about acquiring additional state and federal funding for restoring the sea.

"I want to be able to hold a shovel with a helmet and break ground so that we can see with our very eyes the workers, the trackers," said Ruiz. "I want to move dirt so that we can prevent dust from being exposed."

"I think its a good thing, I have seen a lot of reports about the dust and what happens if it dries out," said Delgado.

When News Channel 3 asked Kaptur if she thinks the sea will get restored...

"I hope in your lifetime we make a giant step toward that," said Kaptur.