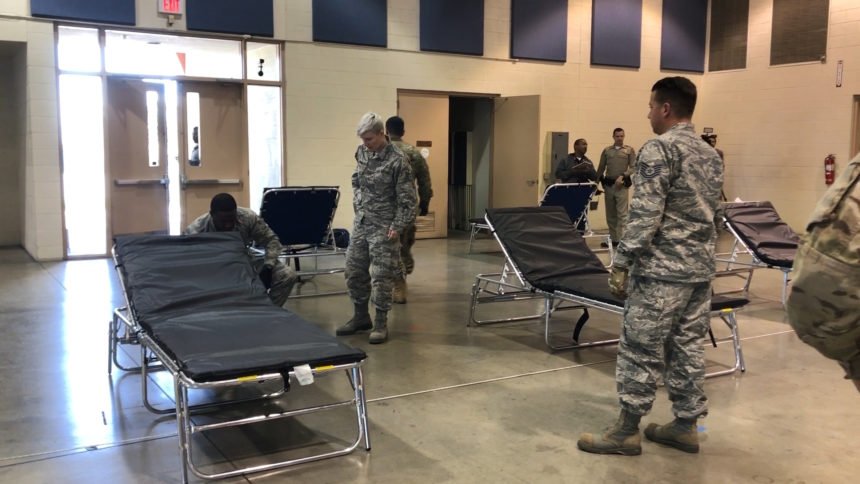 The National Guard arrived in Indio Wednesday morning to set up one of California's 8 federal medical stations. Guardsmen drove in on busses to the Riverside County Fairgrounds, where the makeshift medical facility is being housed. They unloaded medical supplies, and also set up beds.

"This field medical site will be able to have 125 hospital beds, and take care of patients whether they have COVID-19 or not in order to offload some of the burden in the local hospital system, so that we don't have a system overload," said Rep. Dr. Raul Ruiz (D).

The new facility is being created as the Coachella Valley braces for a potential surge in Coronavirus cases, similar to what New York and Italy have seen.

"Already we have had almost 20 percent of the deaths in the entire state of California, yet we are less than one percent of the population," Dr. Ruiz said.

The congressman reiterated that the Coachella Valley is a hot spot for the virus, particularly due to the amount of vulnerable residents over the age of 65.

"There needs to be 30-40 staff in each hospital, each section. That includes physicians, nurses, technicians, and support staff, said Michael Osur, Asst. Director of the Riverside County Department of Public Health.

Officails said Wednesday that there is currently a shortage in medical personnel. In order to staff the site adequately, that have called upon people from all over the region.

"The idea is we’ll bring resources from all the hospitals and all the  community-- private, public. There might be people that are retired or volunteers," Osur said.

Osur also said that the facility's purpose will also be to house patients with less serious illnesses. He said that will allow space to free up in hospitals for patients that are seriously ill.

The facility is expected to be operating with 10 days.

Meanwhile, officials urged the pubic to do their part in flattening the curve, by staying home and self-isolating.