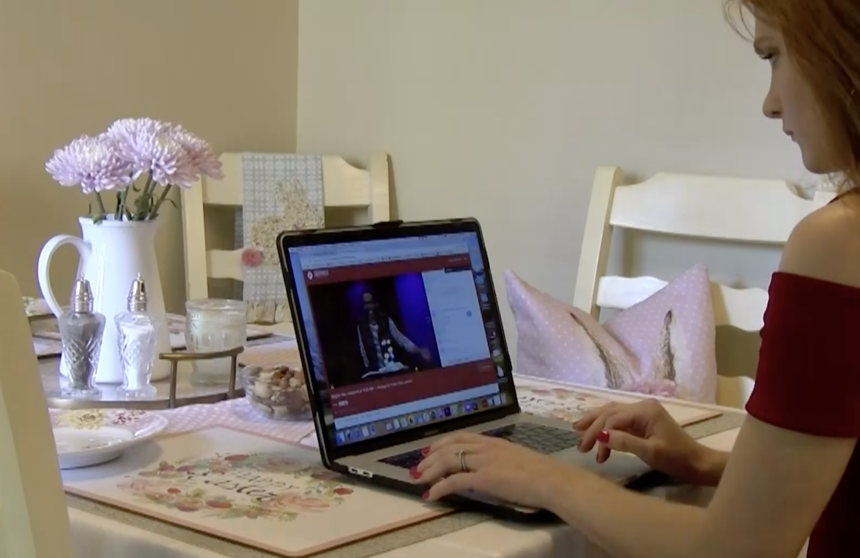 The coronavirus pandemic is forcing many people around the world to be stuck in isolation. This is leading churches to have online sermons so people can stay in quarantine at home.

However, President Trump is optimistic that every church pew will be filled on Easter Sunday this year. But with Easter two weeks away, local churches prepare for an alternative way to celebrate this historic day.

“We’ve gotten great feedback from people and one of the things that’s so important is to stay connected with our people and let them know that they are not abandoned and when things are going great people don’t need God quite as much as when things are not so good when people are scared in times of uncertainty and it’s so important that we stay connected to them,” Monsignor Lincoln said.

“It’s interesting," Pastor Jenkins said. "Usually Southwest sees about 4,500 folks a weekend but for the last two weekends since this quarantine stuff happened we’ve seen upwards of 7,000 sometimes even more online,” he said.

Jenkins tells us the viewers are tuning in from all around the world.

“Hong Kong, Ireland, London, England, you name it," he said. "Folks are tuning in to see what God is doing in our Coachella Valley,” he added.

We asked the two religious leaders if it’s strange going from preaching in front of thousands of people to now no one in the room.

“Yeah, it’s an empty room," Jenkins said. "I think our room can seat 1,700 folks and now it’s me and three guys on a camera,” he said. "But what I'm doing and I know a lot of my colleagues around the valley are doing, I think we are just acting as if they are still there," he said.

With Easter Sunday around the corner on April 12, they explain how it will look different this year.

“Of course it’ll be extremely different," Monsignor Lincoln said. "We will not have any music," he added. "We’re trying to have as few people in the church as possible,” he said.

But despite the differences, they ensure the message remains the same.

“Mainly, for people to help know the joy of being convinced that their faith gives them a superabundance of hope and meaning to their lives and helps erase the fear that they are going through right now,” Monsignor Lincoln said.

“It is a message of hope," Jenkins said. "It is a message that no matter what life presents us, our Christian faith teaches us that our God is a God who has done something about the problems of the world and I think as we navigate this coronavirus issue and how our country is reacting to that stuff, I think a lot of people are going to have their eyes opened, their ears tuned to what God has to say about this stuff we are going through," Jenkins added.

"If Easter is not about hope, then I don’t know what it’s about. It’s about good news even in the midst of bad times,” Pastor Jenkins shared.

With dozens of churches in the valley, these were just some of the ones we were able to get in contact with. However, finding a church with online sermons every weekend and for Easter is quite easy.

Sacred Heart will post their Easter mass video by 7 a.m. on April 12 here: