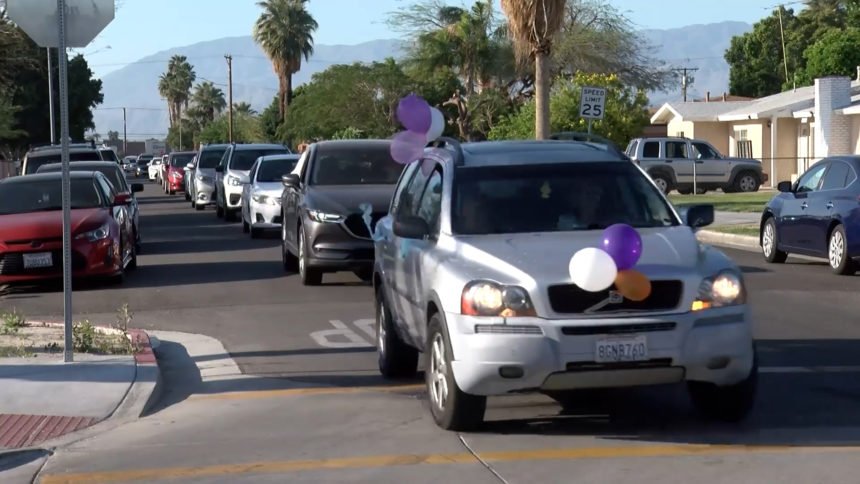 “This is a great way for us to kind of reconnect with them,” said Jose Montano, principal, Jackson Elementary.

Jackson Elementary is the latest valley school to get creative in showing support for their students quarantining at home. “We want to let the students know that we’re still here we miss them we love them,” said Montano.

The school shared the parade’s planned route on Twitter ahead of time.

Students on the parade route said they’re missing their teachers and daily routine. “I missed her a lot and I’ll see her really soon when the coronavirus is done,” said one Kindergarten student.

“I miss school because mostly I see my friends there every time. When I don’t see them I just feel sad,” said another second grader.

Jackson elementary’s principal says they’re hoping the parade helps re-engage students with their studies. On the route, they are letting families know that starting next week, there will be specific times they’ll be working with students online and offering office hours for parents.

“We’ve noticed a decline in student participation in some of the work that we’re putting out the last few weeks...so we want to let them know we’re still here and make sure they’re still engaging with us,” added Montano.