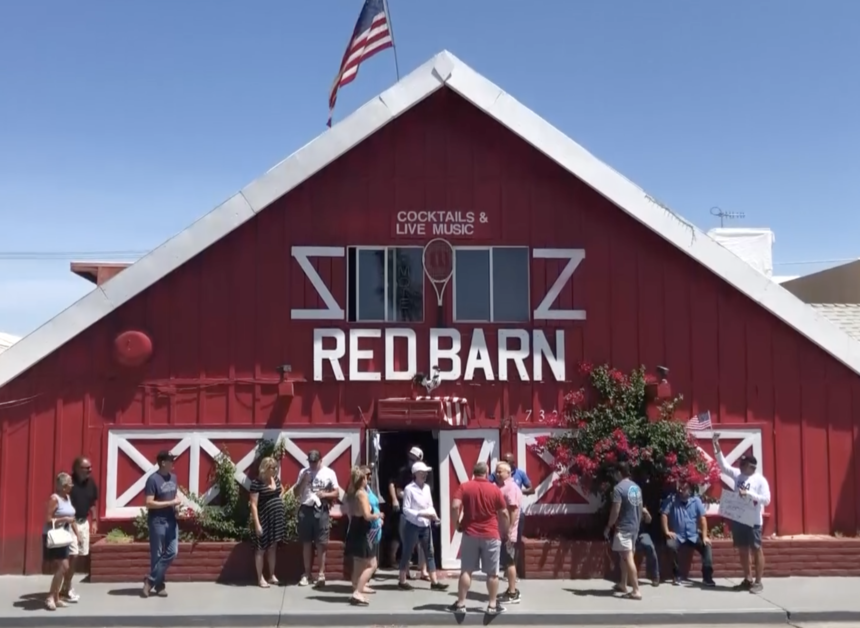 A Palm Desert bar expected to open Saturday, did not.

News Channel 3’s Caitlin Thropay was there when the owner opened the doors but let no one in.

A line of cars and a gathering of people were outside Red Barn bar off Highway 111. They were waiting to hear if the owner would reopen against the state’s orders.

“This is about our civil liberties at this point and we want things to open up asap,” Marie Colangelo, a member of Open Coachella Valley told News Channel 3.

“I’m here for the country, for the constitution, for our liberty and our children's children,” Rod Garcia said.

“I’m one of their customers. I think the whole city and country should be open,” Monte Leen said.

The owner of Red Barn, John Labrano opened his barn doors on Saturday but did not open for business.

“I would officially like to open today but I’ve been threatened physically and emotionally by the state,” Labrano said.

Labrano recently received documents from the Department of Alcoholic Beverage Control threatening to revoke his liquor license should they reopen against the state order.

The establishment first caused controversy earlier in the week after two painted signs appeared on the roof.

“Open the country up and let people choose for themselves,” Labrano said.

But not everyone there was in support.

“Every child that goes by has to see this and everybody knows what comes after suck my and that’s absolutely unacceptable,” Guy Rowley told News Channel 3.

“I don’t feel very free that’s all I can tell you,” Labrano said.