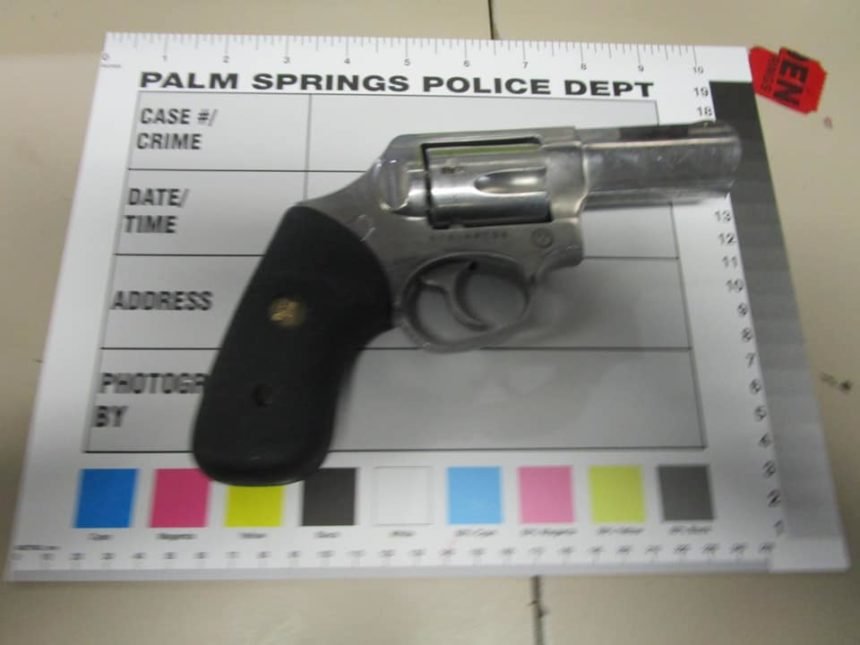 In a statement posted to Facebook, the department said a traffic stop and DUI investigation on Sunrise Way, near Via Escuela, led to the recovery of a loaded and stolen handgun at 1:09 a.m.

Jason Vale, 40, of Palm desert, was arrested. Officers said the gun was located under the driver's seat following Vale's arrest.

Officers also seized two loaded handguns, an AR-15 style rifle and an assortment of illegal fireworks while responding to a call of fireworks and gunshots in the area of 1900 East San Rafael.

They said a vehicle was stopped nearby after being seen leaving the location.

Police arrested two male teenagers, 15 and 16 years of age for possession of the loaded handguns. They were transported to the Riverside County Juvenile Hall facility in Indio.

The 22 year old driver, Selena Gonzalez, was arrested for possession of illegal fireworks.

Stay with KESQ News Channel 3 for updates as we learn new information.