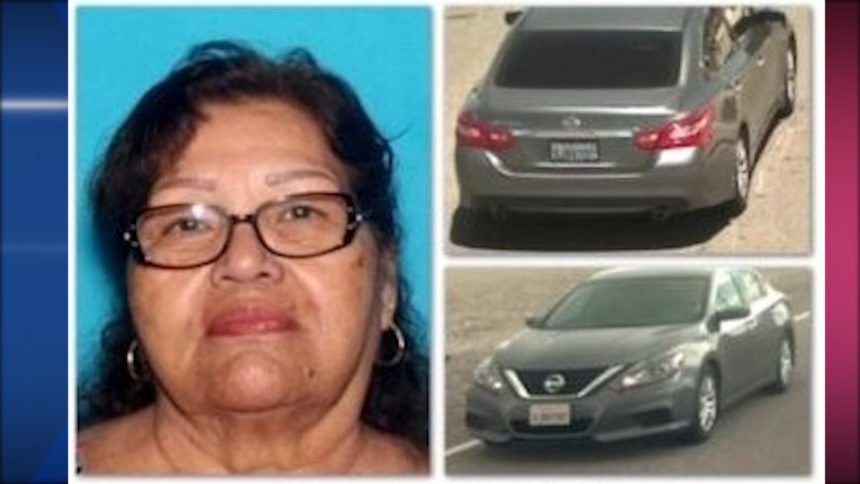 The Riverside County Sheriff's Department confirmed that they found the remains of Rosario Garcia in Mountain Center. Investigators do not suspect foul play in her death.

The Riverside County Sheriff's Department is asking for the public's help in finding an at-risk elderly woman from Hemet last seen on July 7.

Rosario Garcia left her residence in the 26000 block of Katharine Street at about 5:30 p.m. According to the Sheriff's Department, Garcia may have headed towards a family member's home in Hesperia, but she has not arrived there and hasn't been heard from since leaving her home.

Garcia may suffer from Alzheimer's disease and or dementia.

Garcia was driving a silver 2016 Nissan Altima with a California License Plate of 8JNV980.

The Sheriff's Department announced that Garcia's vehicle was found abandoned on the 70000 block of Highway 74 near the Pinyon Pines area. Deputies are conducting a search in the area.

If you have any information concerning the whereabouts of Rosario Garcia, please contact Riverside County Sheriff's Dispatch at (800) 950-2444, reference case number D20189039