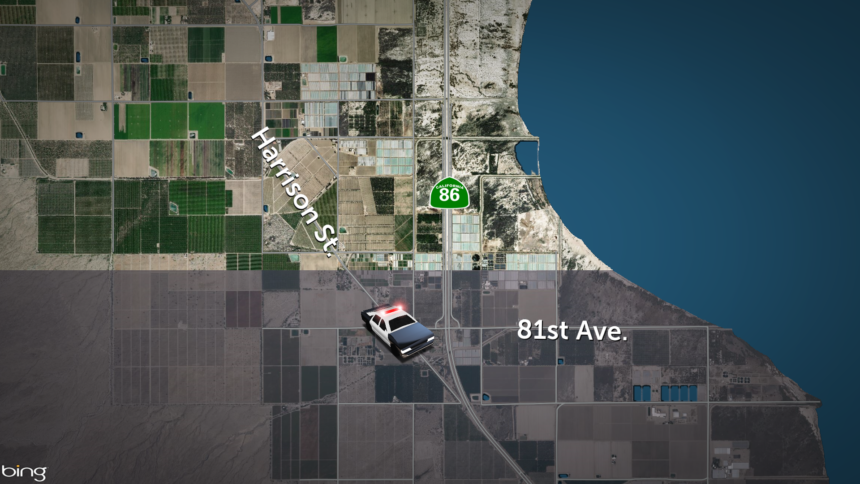 A man was killed in a solo-vehicle crash near the northern shore of the Salton Sea Saturday afternoon.

According to the California Highway Patrol, the crash happened at 3:51 p.m. at the intersection of Harrison Street and 81st Avenue, about seven miles south of Mecca.

Paramedics attempted life-saving measures on Domingo Clemente Zacarias, 52, at the scene but were unable to save him.

Investigators have not released details on the cause of the crash.

Stay with News Channel 3 for up-to-the minute details on this crash.