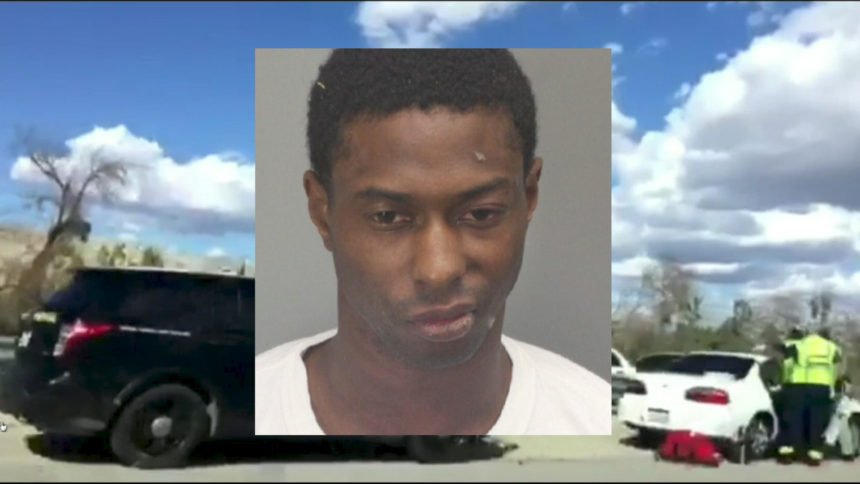 A San Bernardino man who shot his girlfriend, who was found wounded in his car along with their uninjured baby when he was pulled over in Cathedral City, was sentenced today to 34 years to life in state prison.

Willie Roy Smith III, 29, shot the victim in San Bernardino on May 7, 2016, then drove her into the Coachella Valley while she bled in the backseat of his car. Their 3-month old child was secured in a car seat and covered in his mother's blood, but was otherwise unharmed, Cathedral City police Lt. Glen Haas said at the time.

Riverside County Superior Court Judge Dean Benjamini, who handed down the sentence at the Larson Justice Center in Indio, gave the defendant credit for nearly five years of time served.

Smith pleaded guilty in March 2018 to felony charges of attempted murder and dissuading a witness, and misdemeanor charges of drunken driving and violating a restraining order.

Smith later submitted a motion to withdraw his plea on the basis that he believed pleading guilty meant he would get to make his defense, and if he lost, he would get the prescribed prison term for the charges he admitted, rather than the full sentence if convicted of all 13 felony and misdemeanor counts he was facing.

He also claimed that he was not informed of all potential defenses in his case, including whether mental health issues or intoxication could affect the "intent to kill'' determination needed to secure an attempted murder conviction.

Court documents state that he had a .23 percent blood-alcohol content nearly three times the legal limit for driving a motor vehicle -- at the time of his arrest.

Smith was pulled over after California Highway Patrol officers responded to reports of a reckless driver on eastbound Interstate 10, near Date Palm Drive in Cathedral City. Officers who stopped the vehicle about 4 p.m. found Smith behind the wheel, a handgun in the car, and his bleeding girlfriend lying on the rear passenger floorboard, suffering from multiple gunshot wounds, Haas said.

The woman, identified only as Jane Doe in court documents, was taken to Desert Regional Medical Center. Within the month, she was well enough to speak with police and provide them with sufficient information that placed the shooting location in San Bernardino, Haas said.