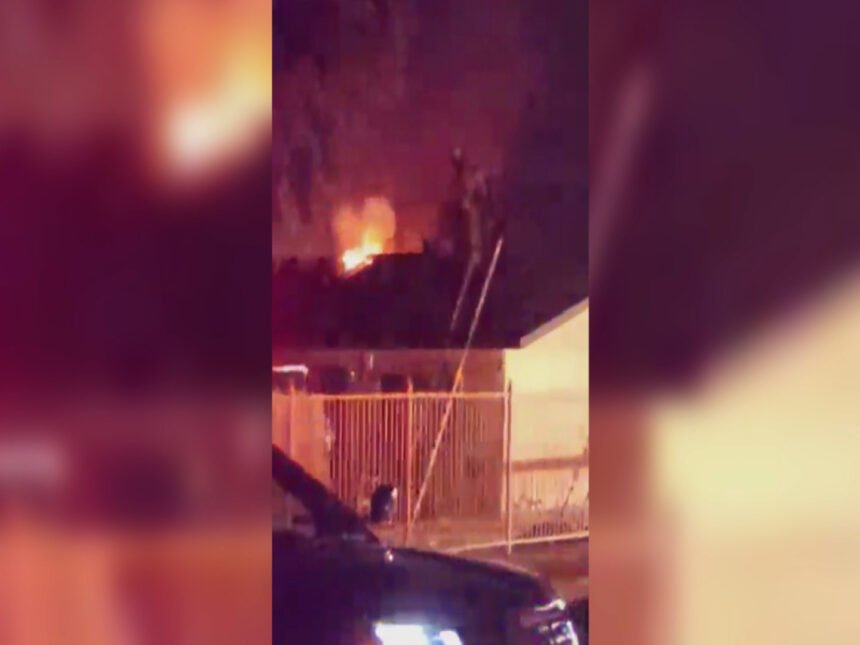 Firefighters responded to a fire that broke out in a Palm Desert apartment complex overnight.

Authorities said the flames extended from an attached garage to two out of four apartment units.

10 residents were displaced by the fire.

A third apartment suffered heavy damage from the radiant heat.

There was no immediate word on the fire's cause.