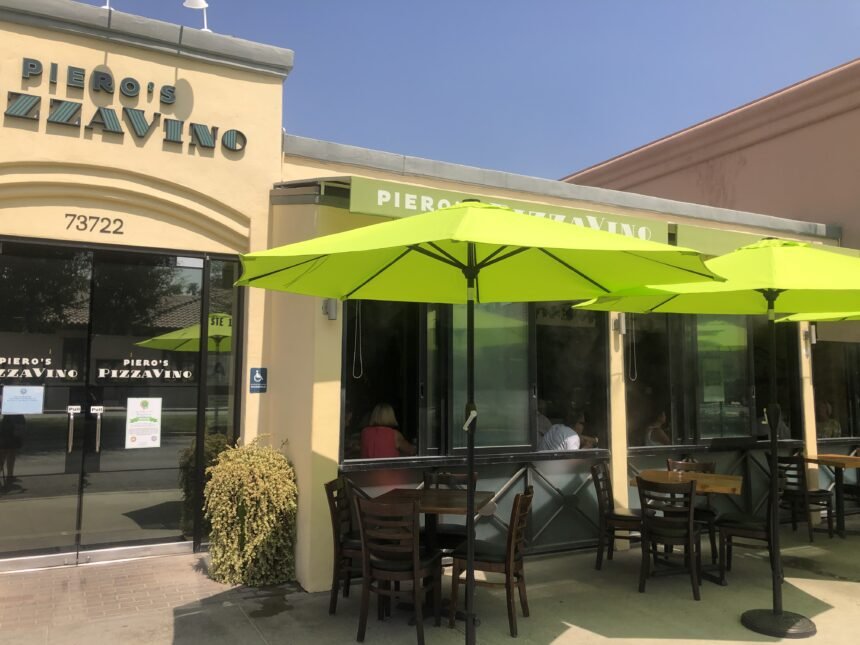 A new CDC study links dining out to an increase chance of contracting coronavirus.

News Channel 3’s Dani Romero has more on what you should know about this study.

For some grabbing a bit to eat with a friend outside is worth it.

"I feel safe and I haven't gotten sick and I have been eating out alot," said Felicia Cudiamat, who's dining out.

Restaurants in Riverside County haven't received the green light yet to open indoors.

"We're cautious, I sanitize my hands after I order I feel okay about it as long as I am far away from people," said Andra Ready, who's also dining out.

Eisenhower Health Chief Medical Officer weighs in on the results.

"So I think it's a bit early for us to really draw too many conclusions from that study because there's clearly at least two variables there," said Dr. Alan Williamson, Chief Medical Officer at Eisenhower Health. "The fact that yes, they were eating out, but also we're more exposed to people that were COVID positive."

But the study does not distinguish whether participants ate at a restaurant indoors or outdoors.

"Dining out is a broad category, does that mean that you're eating outside and just with their family? Does it mean they're in large groups inside? so obviously a lot of variation that you can imagine there," said Dr. Williamson.

"Just being cognizant of the fact that it is taking a risk and you need to be watching and aware of your environment and how, how they seem to be handling things within that particular establishment," said Dr. Williamson.

At Piero's PizzaVino in Palm Desert they've done everything to stay a float, they have added an outdoor dining deck, misters, umbrellas all to keep their customers cool and safe while outdoor dining and now this New CDC study brings a surprise to this owner.

"How can that possibly be valid when I am sure that the same people who dine out go grocery shopping, go to Walmart, pump gas how can they narrow it down to one industry," said Sheri Pierattoni, owner Piero's PizzaVino.

Adults with Covid-19 about ‘twice as likely’ to say they have dined at a restaurant, CDC study suggests

(CNN) - Adults who tested positive for Covid-19 were approximately twice as likely to have reported dining at a restaurant in the 14 days before becoming ill than those who tested negative, according to a new study from the US Centers for Disease Control and Prevention.

“In addition to dining at a restaurant, case-patients were more likely to report going to a bar/coffee shop, but only when the analysis was restricted to participants without close contact with persons with known COVID-19 before illness onset,” the researchers wrote.

The study, published on Thursday, included data on 314 adults who were tested for Covid-19 in July because they were experiencing symptoms; 154 tested positive and 160 tested negative. The tests were administered at 11 different health care facilities across 10 US states: California, Colorado, Maryland, Massachusetts, Minnesota, North Carolina, Ohio, Tennessee, Utah and Washington.

There were no significant differences between those who tested positive versus negative when it came to shopping, gathering with fewer than 10 people in a home, going to an office, going to a gym, going to a salon, using public transportation or attending religious gatherings, according to the study.

However, people who tested positive, the data showed, were more likely to have reported dining at a restaurant in the two weeks before they started to feel sick.

The study comes with some limitations, including that more research is needed to determine whether similar findings would emerge among a larger group of patients, and the question assessing dining at a restaurant did not distinguish between indoor versus outdoor dining.

“Reports of exposures in restaurants have been linked to air circulation. Direction, ventilation, and intensity of airflow might affect virus transmission, even if social distancing measures and mask use are implemented according to current guidance,” the researchers wrote.

“Masks cannot be effectively worn while eating and drinking, whereas shopping and numerous other indoor activities do not preclude mask use.”

The Association of Food and Drug Officials issued a response to the CDC study on Thursday.

The response noted some of the study’s limitations, including that the 10 states in the report had greatly varying restrictions on restaurants, overall control measures varied greatly in those communities, and it was unclear whether people who said they went to restaurants and bars were in the community more frequently overall, increasing their risk of exposure to the coronavirus.

“Sound public health limitations in bars, taverns, and restaurants include limiting alcohol service to accompanying food orders, not allowing hours of operation to extend into the late nights, and limiting occupancy levels and table arrangements to those levels which allow for social distancing. Further, as always, pick-up and delivery remain very low-risk options to obtain food from our favorite bars, taverns, and restaurants,” Steven Mandernach, executive director of AFDO, said in the association’s statement.

“The hospitality industry has responded and evolved to continue to reduce the risk of transmission of COVID-19 to their customers,” he said.

As states reopen, the CDC’s guidelines for restaurants and bars list dining options from the lowest to the highest risk on the agency’s website: