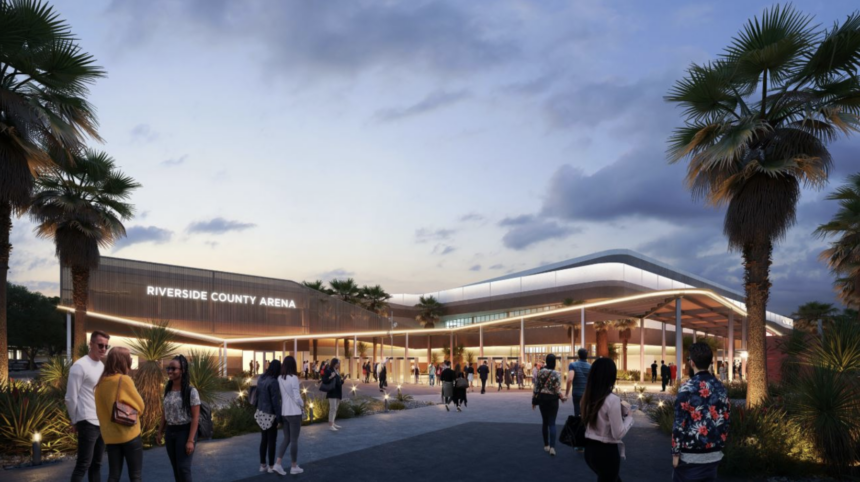 PALM DESERT, Calif. - On Wednesday Oak View Group, a global development company, announced its partnership with The H.N. and Frances C. Berger Foundation to build a sports and entertainment arena on a private stretch of land at I-10 and Cook Street near Palm Desert.

The project was originally slated to go up near Agua Caliente Casino in downtown Palm Springs on N. Calle Encilia and E. Amado Road. The development group and the Agua Caliente Band of Cahuilla Indians were in negotiations to build the arena, which would be capable of housing 10,000 guests.

Oak View Group issued a news release on Wednesday with the change of plans. The release read in part:

“After more than a year of good faith negotiations we were unable to finalize an agreement with the Agua Caliente tribal leaders for OVG to lease, develop and operate the privately funded arena,” said Tim Leiweke, CEO of Oak View Group. “We appreciate the ongoing support and encouragement from the community and are very pleased to be partnering with the Berger Foundation who share our vision for creating a world-class venue for the Coachella Valley and what will be one of the most premier music and professional sports arenas in the world."

The company said the new location will be built on 43 acres of land, with more than 300,000 square feet.

The impacts of COVID-19 drove the latest decision to move.

"I think we were fully onboard working together with [Agua Caliente Band of Cahuilla Indians] until COVID hit, and it really made them reevaluate what was going on just like most other businesses because they had so many other projects," said John Bolton, Senior Vice President of Oak View Group.

Bolton said despite the move, the design and size of the arena will stay the same.

"It's built for 11,000 people for concerts, around 10,000 people for hockey. The cost is about $240 million. Over the life of the project, it will have about a $2.5 billion-dollar impact on the Coachella Valley," Bolton said.

The former project was also set to be the home of the valley's new American Hockey League Team.

According to the Oak View Group, the new arena "will be the home of the Seattle Kraken’s American Hockey League (AHL) team and will include an adjoining facility that will serve as a year-round community gathering space and the training center for the AHL team."

"I think we really listened to what the community was telling us and they really wanted a state of the art arena that was great for concerts, great for hockey, but really located kind of in the central valley location that would be free of any parking and traffic issues," Bolton said.

Officials believe the arena will also be visible for everyone driving down the I-10, and that it will attract big name entertainers.

'It’s great that the arena is going to be in the Coachella Valley, given COVID, given everything going on it wouldn’t be surprising to see it being canceled entirely," Palm Springs Mayor Geoff Kors said.

Mayor Kors believes that although the arena will not be in Palm Springs, the location will still bring tourist dollars as visitors seek hotels and dining in nearby cities.

"For residents it gives us just a great venue for hockey, other sports and world class concerts," Mayor Kors said.

The project will still include a deal with Live Nation to attract big entertainers.

“We’re proud to work with Oak View Group and the Berger Foundation on what will no doubt be an amazing venue. This new arena creates the opportunity for the whole region to enjoy incredible concerts and our entire touring team is truly excited and looking forward to delivering a significant calendar of annual concert events," Bob Roux, president of Live Nation, U.S. Concerts said.

The company plans to break ground next year. Officials are aiming to have the arena ready to go for the 2022-23 hockey season.

The group projects that the project will bring about 220 construction jobs. Once the arena opens, they expect to have about 350 open positions to fill