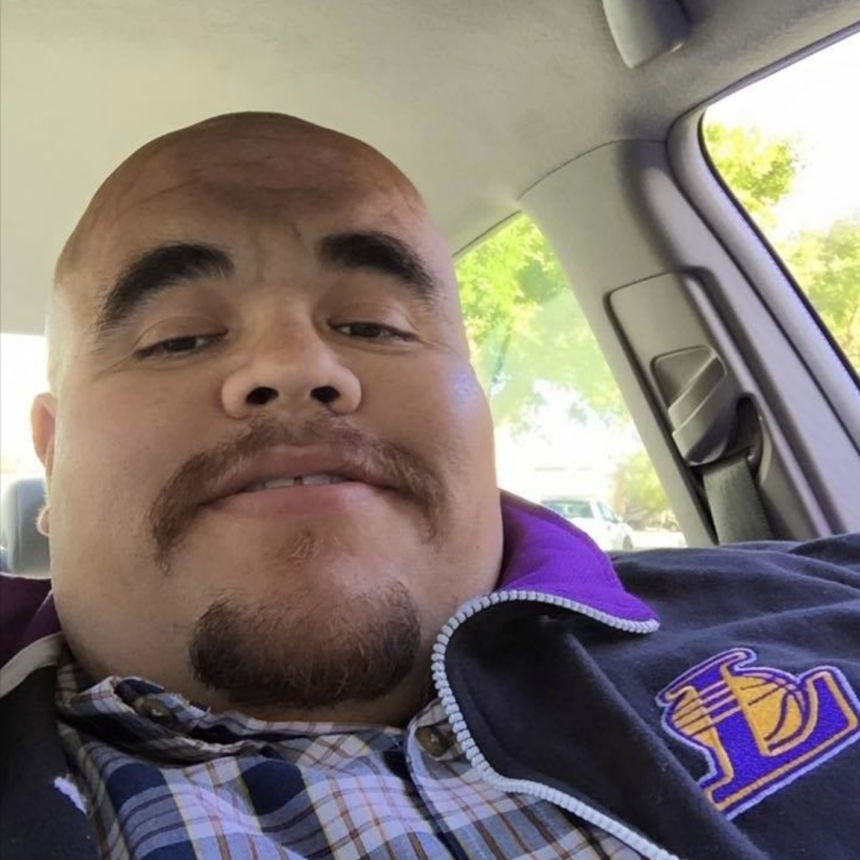 It's been a difficult week and a half for one Coachella family who lost a loved one. Family members are mourning the loss of Adrian Munoz, 42, who was a father, brother, husband and friend to many. Munoz died after being in the intensive care unit at Desert Regional Medical Center as he suffered from "COVID and other health issues," wife Nina Munoz said in a Facebook post.

Munoz was known to friends and family as "Cubby." He worked at Cahuilla Desert Academy but his contributions to the community went beyond the classroom.

Munoz said one of her husband's passions was helping troubled youth. He also was heavily involved in church, and was a man of faith.

"My favorite part about my husband was his faithfulness in God, his boldness," said Munoz.

She said her husband always volunteered with the church whether it was for backpack drives, Christmas drives and more.

"Anything that had to do with giving back, that was Adrian, that was my husband."

Munoz has been reminding herself of all the good memories she and her husband made.

"People always talk about someone humble or one of a kind, and my husband truly fit that."

Adrian Munoz died last Tuesday after suffering from a number of underlying health conditions. He was also diagnosed with COVID-19.

"He had a lot of fluid around his heart, my husband had a heart attack last year so he had already had issues and he was in heart failure last year, so were there some health issues going on. It wouldn’t have mattered if he got COVID that day, he had so much fluid the doctor said it would have eventually been a heart attack that day."

Over quarantine, Munoz posted a video to Facebook to share words of encouragement and remind people to look on the brighter side of things:

“We have a roof over our head, we have clothes on our back, running water, we’re blessed more than we know," said Adrian a previous post.

The video has been a testament to Adrian's character and how family and friends remember him.

"I learned a lot from him, he was extremely humble," said Nina.

Munoz had many interests, including his passion for the low-rider community.

The loss of a husband and father of 3 has weighed heavily on the couple's 10-year-old son, Rome.

"He struggled, they were best friends, he loved his dad. He’s struggling, he’s doing a little bit better," said Munoz.

Friends and family have come forward offering their condolences to the family.

Adrian Munoz was a Paraeducator at CDA, inspiring and supporting our students. He began his work at CDA in 2010 and was loved by many CDA staff. He worked closely with Mrs. Moffitt's Special Education classes.

Every morning before classes he would engage in conversation with CDA students and staff. He always promoted a positive mindset and encouragement for our students to excel in their classes.  He became part of CVUSD's MTSS blended model becoming a Circle keeper with Joven Noble part of the Compadres Network.  He would inspire our CDA Joven Noble boys with encouragement and determination to succeed.   His sudden loss to our staff has been difficult on our hearts.  He will be forever remembered as the kindhearted soul that inspired us and our students to see the good in everything and strive to challenge yourself with the gifts you were given.

Mr. Munoz was an inspiring and caring CVUSD family member who every day made a difference in the lives of our students.  He will be greatly missed.

The family plans to hold a private ceremony on Friday, October 30. On Saturday, October 30 they also plan to hold a celebration in honor of Munoz that will be open to the public. It begins at 9 a.m. at Veteran's Park in Coachella. Munoz said the low-rider community is also expected to come out and show their support.