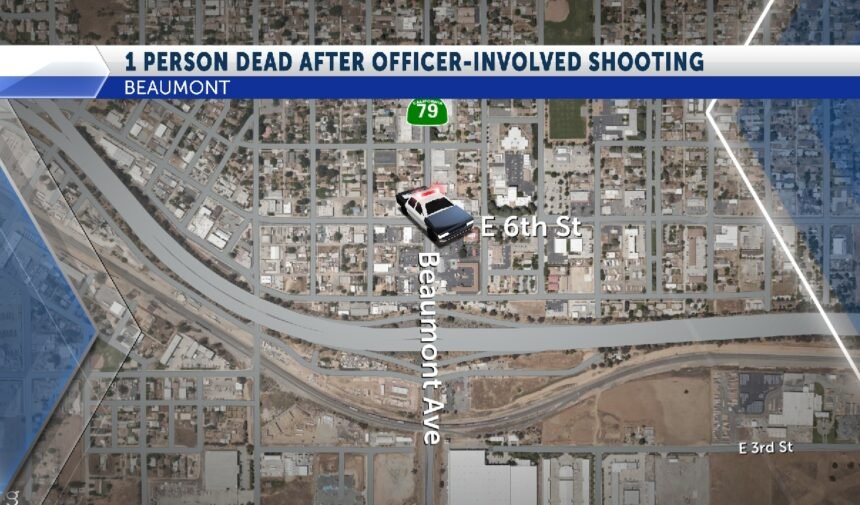 A CHP statement said Beaumont Police and California Highway Patrol Officers were called at 7:44 p.m. and made contact with a man at a business at the intersection of 6th Street and Beaumont Avenue.

The suspect was armed with two large knives, according to the CHP, and advanced toward the officers when an officer involved shooting occurred.

Officers reportedly attempted life-saving measures on the suspect, but he ultimately died from his injuries at the scene.

The CHP statement said, the identity of the suspect is being withheld pending the investigation and notification of next of kin, and the involved officers have been placed on administrative leave per Beaumont Police Department's policy.

The statement said officers involved in this incident will not be identified at this time.

Stay with KESQ News Channel 3 for updates as we find out new information.