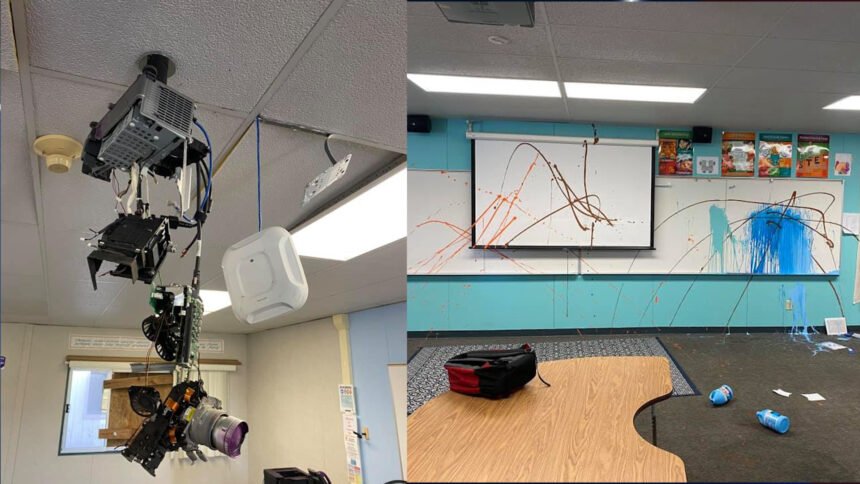 Gerald Ford Elementary's classrooms were severely and vandalized following a break-in over the weekend, officials announced on social media.

Photos shared out on the school's Facebook page show paint splattered over several school computers, walls, boards, and screens as well as a broken window, projector and vent, damage to the ceiling and a TV, and what appears to be flooding in a room.

According to Mr. Preston who signed off on the Facebook post, the school has been broken into three times in the last two weeks.

The Riverside County Sheriff's Department confirmed that they received two reports of burglaries at the school, which is 44210 Warner Trail in Indian Wells. The first report came on Nov. 23, the second on Nov. 29.

Both times the suspect(s) fled the scene before deputies arrived. The Sheriff's Department is investigating the incidents.

Authorities did not have a suspect(s) description available at this time, but Preston said he received reports that kids, more likely teenagers, were on campus over the weekend. He said they believe these kids may be involved in the vandalism.

The Sheriff's Department asks anyone with information about these incidents to contact the Palm Desert Sheriff's Station at 760-836-1600. 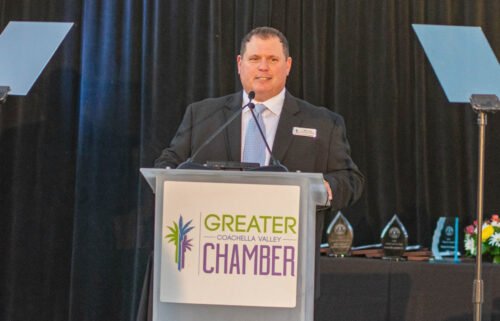