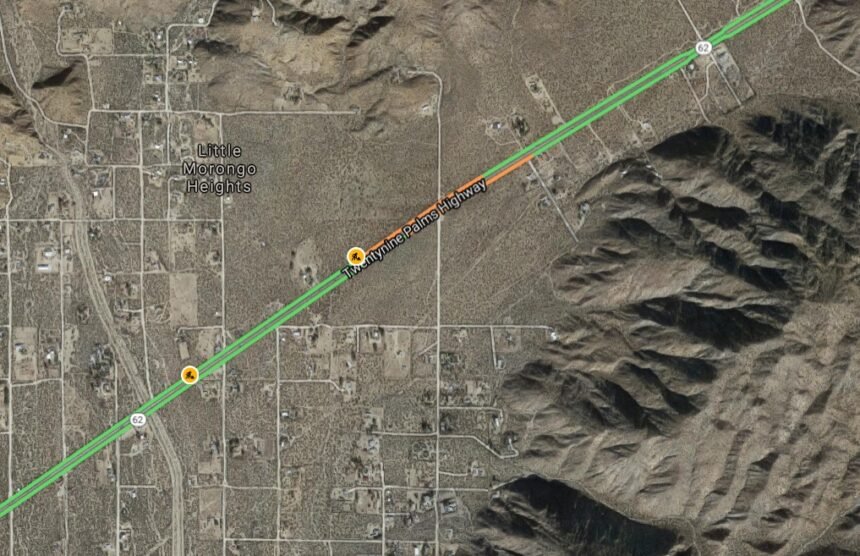 Southern California Edison reported service had been restored to 1512 customers who lost electricity overnight in Morongo following a traffic collision into power poles.

The wreck knocked electrified power lines down across the highway and forced the closure of the roadway to all vehicle traffic for several hours as repairs were made.

The highway's westbound lanes were expected to remain closed until 10:00 a.m., according to the CHP. Traffic was detoured around the damage using the highway's eastbound lanes.

There was no immediate word on injuries to the occupants in a Black Chevrolet Silverado that struck the power pole or another Honda Accord which police said struck the SUV.

Traffic was moving again by Tuesday morning but was still slow in the immediate area as detours remained.

Southern California Edison crews worked throughout the night to repair the damaged pole and remove the wires from the highway.