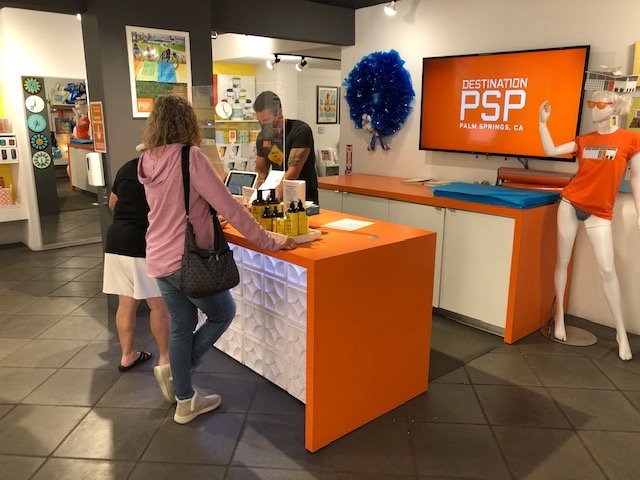 A few customers browsed the goods at Crystal Fantasy in Palm Springs.

"It really makes you want to have a business in Palm Springs," said Meredith.

As part of an effort that Meredith says has "pretty much happened on its own", business owners in the city are shopping for Christmas and holiday gifts for their own employees at other Palm Springs businesses.

Meredith is among them.

"it's just a very generous idea and this year you don't know what to expect really in a time like this," said Meredith.

Eight4Nine Restaurant and Lounge owner Willie Rhine says instead of a holiday party for his staff and management this year he's giving them stocking stuffers.

Items include gift cards purchased from 14 different nearby restaurants and stores including Crystal Fantasy.

"It's really important for everyone to do their part and help each other," said Rhine.

Meredith says she hopes the effort quickly catches on at the roughly five hundred businesses in downtown and uptown Palm Springs, 90 percent of which she says are locally owned.

Also getting in on the giving is Jeffrey Bernstein, the owner of Destination PSP.

He says he's purchased gift cards for his employees from 8 different restaurants, including Tac/Quila.

"It's very inspiring and most of the people are sort of doing it quietly," said Bernstein.

All the owners tell us they've been hit hard because of the pandemic and the restrictions which have followed.

They say acts of generosity toward each other are the silver lining.