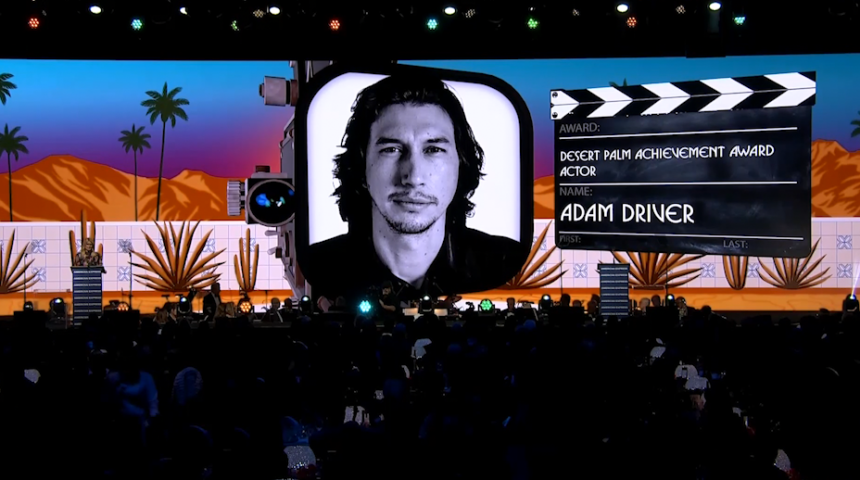 Around this time of year organizers would be gearing up for one of the Coachella Valley's most anticipated events, The Palm Springs International Film Festival. The event is known to attract some of Hollywood's most prominent A-listers. To name a few, Jennifer Lopez, Adam Driver and Antonio Banderas were among those to attend the festival in 2020.

In November organizers announced its cancellation for 2021, adding to the long list of shuttered events in the Coachella Valley from the coronavirus pandemic. But it's not just the events themselves that are losing out. Cancellations are trickling down to other industries that usually bank on this time of year.

"This is going to go into the tens of thousands of dollars if not more than that," said Destination PSP owner, Jeffrey Bernstein.

Bernstein's shop serves as the official merchandise partner for the festival.

"This is one of our 2 major events of this year. This and Modernism Week, and normally January, the bulk of our revenue comes from the film festival merchandise sales," he said.

Bernstein would have likely hired about a dozen temporary employees to help out by now.

"The festival itself gets a portion of merchandise sales so this is also a loss for them as well," he said.

With festival spectators not flocking to the valley, hotels are also among those getting hit the hardest.

"The 2 weekends, we are completely sold out over that period and keep in mind that the event is a 2 week event, that’s a huge loss," said Hilton Palm Springs Managing Director, Aftab Dada.

Dada said they would be receiving tourists from all over Southern California for the event.

As coronavirus claimed its latest event, once again, it paired with immeasurable losses to the local economy.

"It really hurts every single industry that you can think of starting from the airport to the rent-a-cars to the shuttle and limousine services to the convention center to the food and beverage industry," said Dada.

The hotel has been able to consistently bring in business with what is classified as 'essential travel' under California's stay-at-home order guidelines.

In the meantime, PSP Destination has also been able to keep its doors open with limitations to capacity under the stay-at-home order.

"There are still ways that locals and people all over can still support," said Bernstein. The Palm Springs International Film Society has a membership, which people can get and at least stream at home. If you’re buying the merchandise it does obviously help our business, but it helps the film society as well and I think there’s a lot of nonprofits that rely on this period to keep them going."

Although the store will not be conducting pop-up shops that it normally does this time of year, Bernstein said the merchandise can be found at destinationpsp.com.