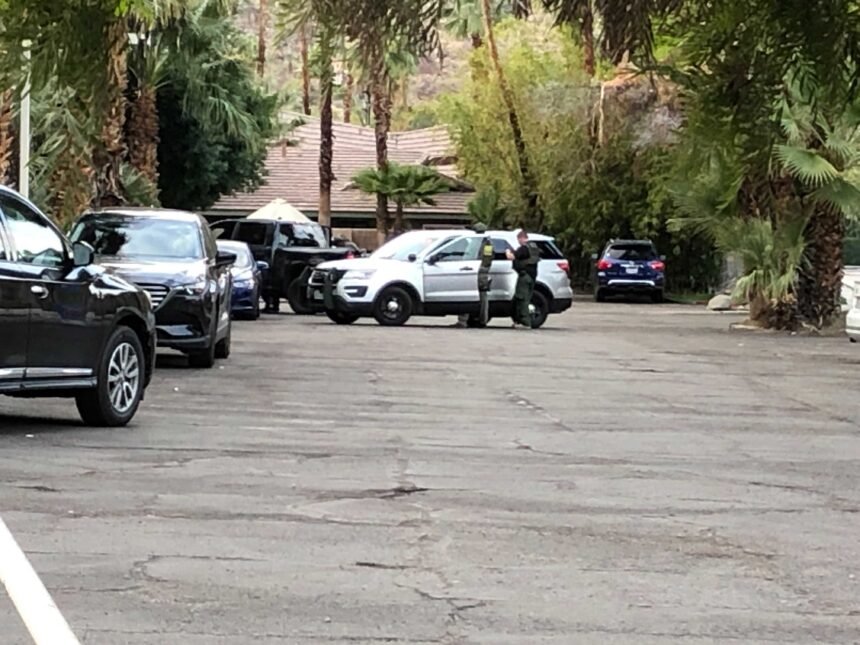 The Riverside County Sheriff's Department confirmed that two suspects were arrested, including one that had a $2,000,000 warrant out for their arrest.

Documented gang member and fugitive, Ricardo Rivera Jr. 31, of Cathedral City had a warrant out for his arrest for charges of Violation of Probation, Burglary and Vehicle Theft.

Rivera is expected to appear in court on Monday.

The second person was a woman who had a an outstanding arrest warrant for Vehicle Theft. She is being held on $260,000 bail. She has not been offiically charged at this time, we will publish her name after the Riverside County District Attorney's office files charges.

Riverside County Sheriff's deputies have taken a wanted suspect into custody after a stand-off at the Motel 6 in Palm Springs.

The Motel 6 is located off E Palm Canyon and S Calle Palo Fierro.

A News Channel 3 crew member is on scene and can hear authorities on the loudspeaker calling for someone to come out.

The Riverside County did not have more information on the standoff or the suspect at this time.

Stay with News Channel 3 for updates, we'll have the latest details coming up at 6 p.m.