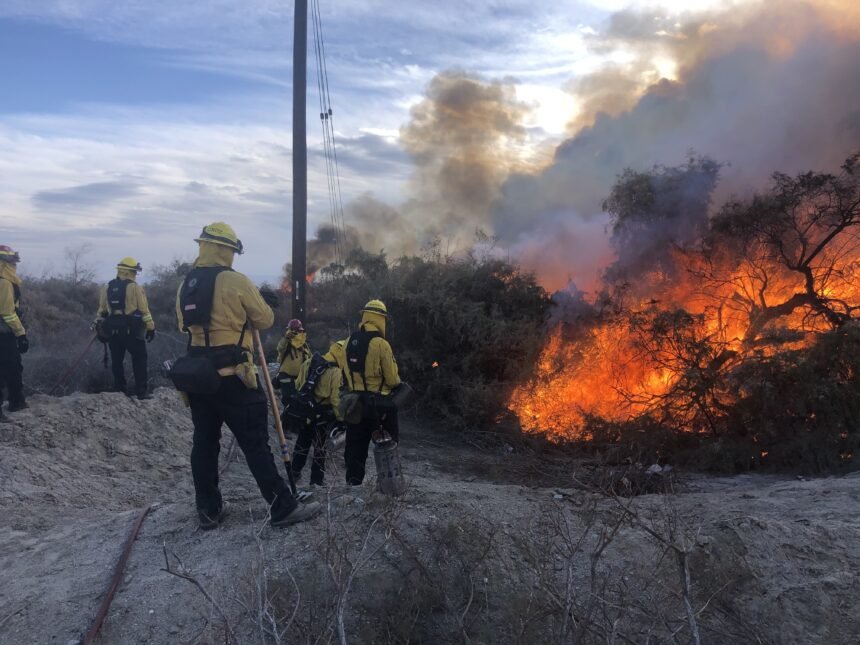 Firefighters are continuing to work to contain a wildfire burning in Thermal near Torres-Martinez Reservation land.

Flames were reported at 4:37 a.m. along Pierce Street north of Avenue 73 south of Thermal approximately 4 miles from the Salton Sea.

Approximately 5 acres of dense vegetation and trees were burning in an old fish pond, according to CalFire. CalFire said the fire had grown to approximately 8 acres and was burning in debris and unknown materials as of 7:23 a.m.

By 1 p.m., the fire continued to burn, expanding to 35 acres. The fire remains 5% contained.

No injuries were reported, and there was no immediate word on the fire's cause.

Pierce Street was closed between Avenue 72 and Avenue 73 in both directions.

FIRST ALERT WEATHER: Wind, Rain and Snow in the Mountains

High Wind Warnings are up, stretching from Desert Hot Springs through the pass along the I-10 corridor all the way to the Coast as an area of low pressure develop over coastal Southern California. The low will also bring rain and snow to the mountains, with a Winter Weather Advisory posted above 5,500 feet.

That area of low pressure is pulling moisture up from the South and will deliver some much need rain in the form of showers late this afternoon and evening in and around the Coachella Valley.