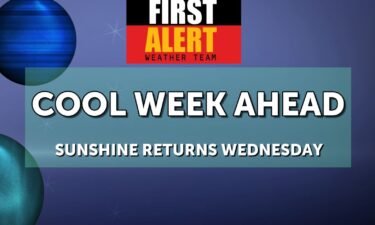 There is just more than a month until Election Day on November 8.

After redistricting, the Coachella Valley is now sliced into two congressional districts.

Incumbent Republican Ken Calvert has represented portions of Riverside County for decades. But for the first time, after redistricting, he's fighting to represent parts of the Coachella Valley too.

"I know this county intimately. I've been involved in virtually everything in this county for many years," Calvert said.

"There are now more registered Democrats in this congressional district for the first time in Ken Calvert's career in Congress. So it's become one of the most flippable seats in the entire United States," Rollins said.

In the June primary, Calvert took 48 percent of the vote, while Rollins got 30 percent.

News Channel 3 asked the candidates where the stand on big issues:

Calvert: "I think that we shouldn't criminalize abortion in the first trimester...I've consistently said I believe in exceptions, and that's certainly the life of the mother incest and rape."

Rollins: "One of the top priorities I have when I'm elected is making sure that women have access to reproductive health care. And that means passing a federal law to keep the government off of their bodies."

Calvert: "I've never believed in discrimination for anything. And so we should treat everyone equally, and whether you're gay or not...On the issue of gay marriage, and that decision has been made that's done. It's as far as I'm concerned, it's over. And that's the law of the land."

Rollins: "We've got to codify the right to same sex marriage, we've got to codify anti discrimination protections. And I'm running against somebody...who has one of the worst records on LGBTQ rights of any sitting member in the United States Congress."

Calvert: "We've passed a lot of gun control laws over the years and we found that that doesn't work. What is happening in our society is unfortunate as far as mental illness."

Rollins: "We need basic gun safety rules in place. And again, the contrast between my of me and my opponent could not be more clear – running against somebody who got more money from the NRA than almost any other member of Congress from California."

With just more than a month until Election Day, News Channel 3 asked the candidates how they plan to reach voters in the district:

Calvert: "Obviously, getting to Palm Springs. I will just drive over there. It takes about two hours for me to drive there."

Rollins: "I'm going to make it my mission over the next 45 days or so to go out and talk to not just Democrats, but Republicans, Independents, people who disagree with me, because that's what a good leader should do."