Data compiled by Johns Hopkins University showed Thursday that California surpassed the grim milestone. It comes nearly 10 months after the first cases were confirmed in the most populous state.

California was the first in the nation to implement a statewide stay-at-home order on its nearly 40 million residents in March.

After spiking in the summer, the rate of confirmed COVID-19 cases in California declined markedly into the fall but now is surging again, like much of the nation. This week, 11 counties had rates high enough that state restrictions were reimposed on certain businesses and activities.

Significant events in California leading to the millionth confirmed case of the coronavirus:

JANUARY —The California Department of Public Health reports California’s first two cases of COVID-19 in travelers from Wuhan, China. The cases announced Jan. 26 were in Los Angeles and Orange counties. There were two other known cases in the U.S. at the time.

FEBRUARY —The death of a San Jose woman on Feb. 6 is the first known U.S. death from COVID-19. A Solano County woman becomes the first U.S. case involving community transmission, meaning she didn’t have any known contact through travel or with a known infected person.

APRIL —California’s death toll from the virus tops 1,000 and climbs throughout the month. Confirmed cases are around 40,000.

MAY —The state has seen more than 50,000 infections but new cases and weekly death tolls fall for the first time. Newsom praises Californians for helping slow the infection rate. Following a decline in hospitalizations, Newsom announces new criteria allowing counties to reopen more of their economies if they have the virus adequately in check. Within a month nearly every county in the state is approved for reopening large segments of their economies.

JUNE-JULY —Virus cases and hospitalizations rise across the state, leading Newsom to order broad new closures and a statewide recommendation for residents to wear masks. COVID-19 cases are now reported in every county in the state. In late July, California tops 400,000 confirmed cases and overtakes New York for most in the country. The death toll tops 7,000.

AUGUST —Newsom says California is showing improvement in its fight against the virus, citing a lower number of confirmed new cases and a sharp dip in hospitalizations. A new system for reopening counties is unveiled that features a four-tier ranking system based on infection and case rates. By the end of the month confirmed cases top 700,000.

SEPTEMBER —Infection rates fall to their lowest level of the pandemic and by late in the month hospitalizations have dropped to a level not seen since the first week of April. The state is closing in on 800,000 confirmed cases and more than 15,000 deaths. But the declines prompt officials to loosen restrictions in many counties, with more businesses reopening.

OCTOBER —During the fist half of the month, cases, infection rates and hospitalizations remain low but by the end of the month they begin inching up and state and local health officials warn a spike could be coming.

NOVEMBER —The number of confirmed cases, infection rates and hospitalizations reach their highest levels in months. Eleven counties with fast-rising case and infection rates, including San Diego, Sacramento and Contra Costa, are moved to more restrictive tiers on the reopening grid. Confirmed cases topped 1 million and deaths rose above 18,000. 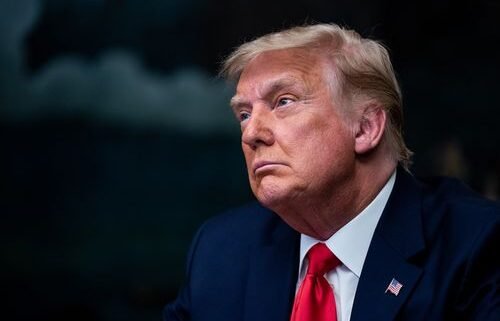