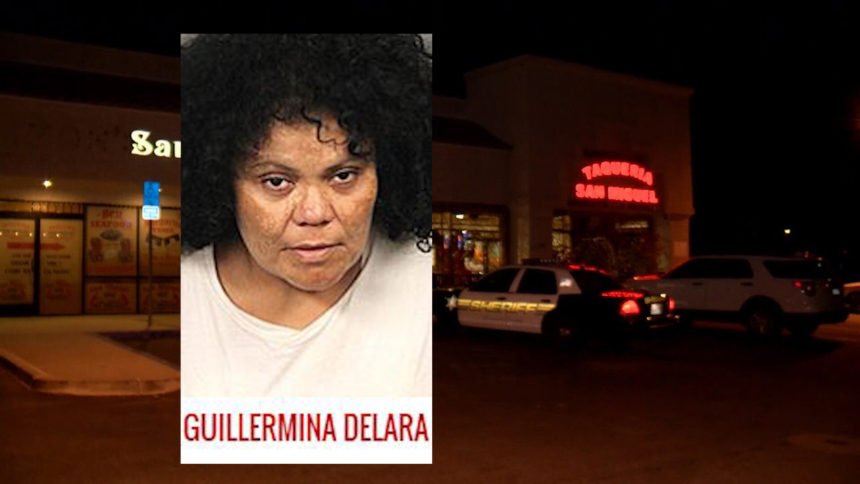 A previously convicted felon received a four-year sentence today after pleading guilty to being the getaway driver in a string of Coachella Valley armed robberies, one of which resulted in a high-speed police chase.

Guillermina Delara, 48, was arrested after leading police on a nearly 20-minute chase from the scene of an alleged robbery around 8:30 p.m. Oct. 25,
2018, at 'Taqueria San Miguel' on the 72400 block of Ramon Road in Thousand Palms.

She was arrested with her co-defendant, Javier Taylor, 35, after she stopped the car near Vargas Road and Capricorn Avenue in Indio and surrendered.

The pair are accused in taking part in more than a dozen robberies in Coachella, Indio, Thousand Palms and La Quinta in October 2018. The last robbery occurred while Javier was under surveillance, according to a declaration in support of increased bail filed by Investigator J. Hammond.

Taylor allegedly made off with cash and got into a vehicle driven by Delara, who led police on a chase onto Interstate 10 and onto streets in Indio.

Delara was charged with robbery, accessory after the fact, evading arrest and a misdemeanor possession of controlled substances charge. She pleaded guilty in December.

Riverside County Superior Court Judge Harold Hopp delivered her sentence Friday, which included a year in county jail and three years in state prison. At the time of her sentencing, she had already served nearly a year's worth of jail time.

In exchange for her plea, the robbery charge and connected sentence enhancement allegation of using a firearm were dismissed.

Taylor remains in custody in the Indio jail on $1 million bail, and is charged with 18 robbery counts, including several gun sentence-enhancements, an attempted robbery charge and one count each of being a convicted felon in possession of a gun and ammunition.