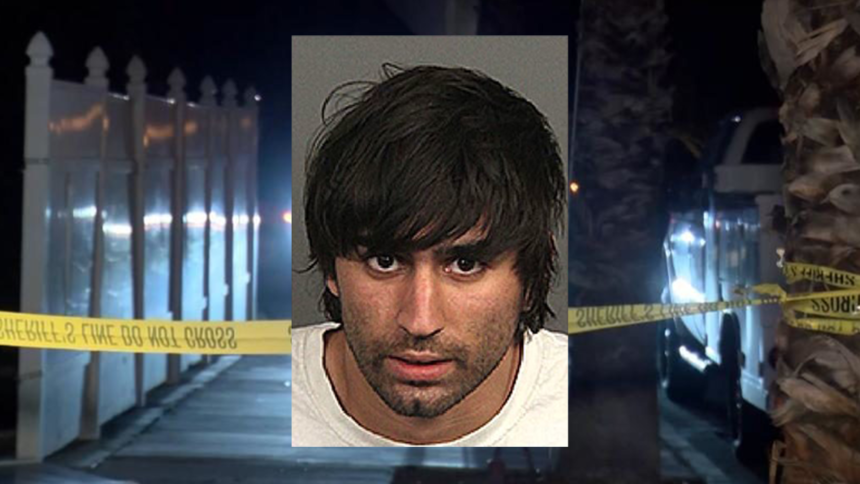 A 21-year-old Escondido man accused in the stabbing death of his girlfriend in Palm Desert late last year is mentally competent to stand trial, a judge ruled today.

Richard Colin Holbrook is charged with first-degree murder in the Oct. 27, 2019, slaying of 33-year-old Nicole Henderson, who was found stabbed to death in her apartment.

Riverside County Superior Court Judge Burke Strunsky previously ordered Holbrook to undergo a psychiatric evaluation when the defendant sought
to plead guilty during his arraignment after his defense attorney had already pleaded not guilty on his client's behalf.

After Holbrook's comment, his attorney, Sean F. Leslie of Carlsbad, asked Strunsky for a moment in the hall with his client, which was granted.

Upon their return, Strunsky called for a five-minute break in a back hallway to meet with Leslie and the deputy district attorney on the case, Carrie McCurdy. Upon their reentry, Leslie again pleaded not guilty on his client's behalf, and denied the associated sentence-enhancement of committing a felony with a weapon.

Deputies responding to the 45200 block of Panorama Drive on a report of an assault with a deadly weapon about 3:30 p.m. the night of the murder found Henderson with "significant trauma to her body," authorities said. She was pronounced dead at the scene.

Holbrook was arrested less than a quarter-mile away minutes later, although it has not been made public how deputies determined him to be a suspect.

Sheriff's officials later confirmed the victim and defendant were dating.

Holbrook remains jailed at the Southwest Detention Center in Murrieta on $1 million bail, and will return to court April 23 for a felony settlement conference.