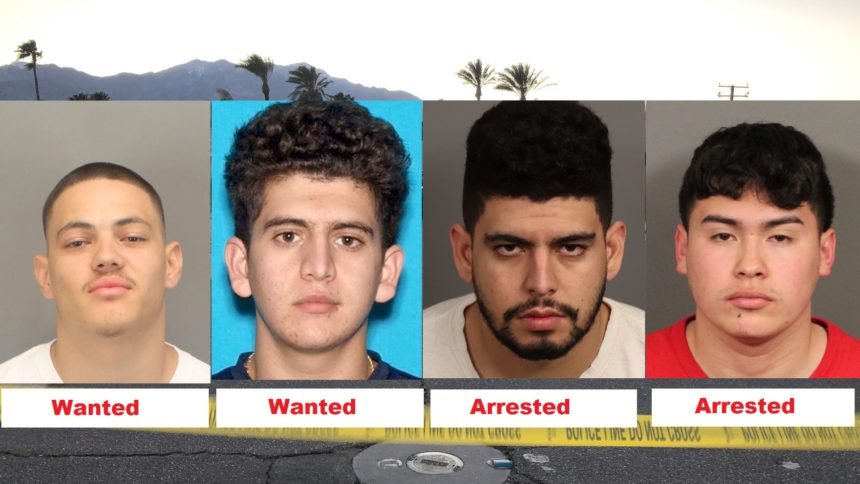 The Cathedral City Police Department announced the arrests of two men believed to be responsible for the shooting of a man at his doorstep and another connected house shooting last week. Two other men remain on the loose.

On March 23, Ruben Hernandez, 43, and his 10-year-old daughter were shot in their home on 29000 block of Avenida La Vista. Hernandez was pronounced dead at the scene, however, his young daughter is in stable condition, according to authorities.

Just a few hours later, police received calls of multiple gunshots fired into a residence in the 33300 block of Wishing Well Trail. Police have confirmed the two shootings were related.

Police say an unidentified suspect, later confirmed to be the same person who shot Hernandez, approached the front door of the home and yelled for an (unidentified) person to come out.  The suspect(s) then fired multiple rounds into the interior of the residence before fleeing the scene.

No one was injured in this shooting.

Two other suspects remain on the loose for these incidents:

You can also report information anonymously by calling the WeTip hotline at 1-(800)-78-CRIME or WWW.WETIP.com. You may be eligible for a cash reward.

On Wednesday, CCPD announced the arrest of two men in connection with the shooting.