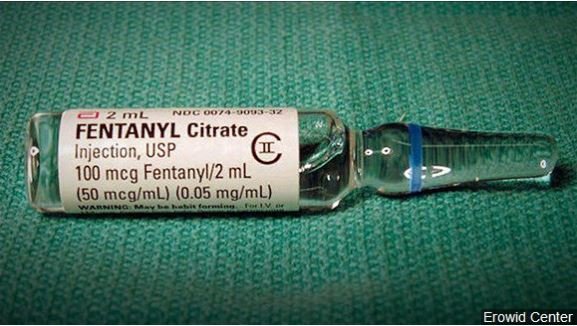 "As the mother of five children, I can't imagine what it would be like to lose a child to drug poisoning," Melendez said. "The pandemic and the governor's shutdown orders have only exacerbated the fatalities connected to drugs.''

Melendez said that when the next legislative session opens in January, her bill seeking stiff penalties for dealers will be among the first on the floor for consideration. She did not offer specific details about the contents, saying only "it's time we punish those who knowingly sell fentanyl to unsuspecting buyers."

"We are fighting a two-front war against an epidemic that is not going to go away by itself,'' the senator said.

She cited statistics from Los Angeles County showing a 50% jump in drug-related deaths -- most connected to fentanyl overdoses -- this year. San Francisco has documented over 600 fentanyl-related fatalities in 2020, according to Melendez.

Just as telling, she said, is the use of Narcan -- a counteractive inhalant that can reverse the use of an opioid overdose -- by first responders in the Bay Area. The senator said there have been at least 3,000 instances of Narcan sprays used on patients.

Riverside County Department of Public Health Director Kim Saruwatari published statistics last week showing that the countywide suicide rate in the 15- to 24-year-old age group is up 19% this year, and much of that is attributable to accidental overdoses tied to fentanyl.

Melendez said the opioid is often being hustled on the street as Xanax, Percocet and Oxycontin.

"Users are actually receiving counterfeit pills containing fentanyl, which is formulated to be 50 times more potent than heroin," she said.

The lawmaker said she was approached by a group of constituents seeking ways of combating the drug epidemic. Among them was Matt Capelouto, who lost his daughter to fentanyl poisoning last year.

"The holidays are a very difficult time for all parents who have lost a child," he said in a statement released by Melendez's office. "It's especially rough for my family because Alex's Angel-versary is December 23rd. Introducing this legislation makes December a little brighter, not only for my family, but all the other parents in our organization. We are ready to fight for change."