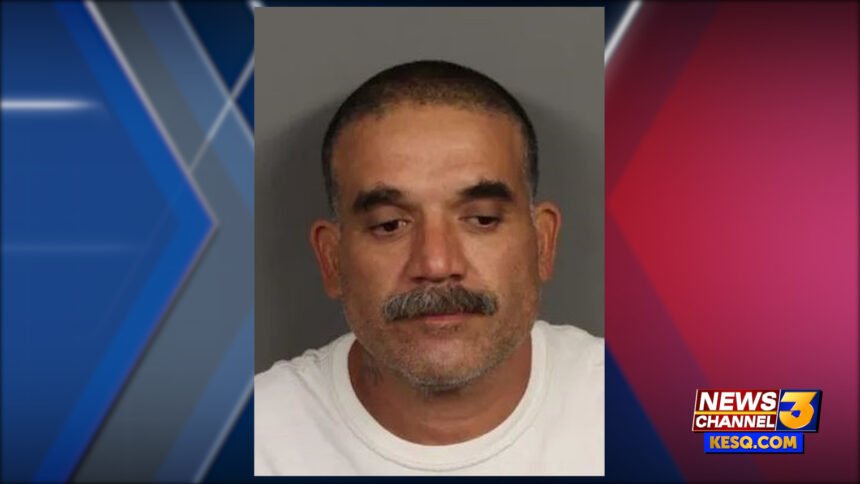 A Coachella Valley gang member who shot his cousin in the back of the head in Indio was sentenced today to 50 years to life in state prison.

An Indio jury in October found Fernando Carlos Lopez, 47, of Coachella guilty of one count each of attempted murder and assault with a deadly weapon for shooting Gabriel Arevalos on the afternoon of Nov. 4, 2017, at a residence in the 44300 block of Cassia Drive.

According to Deputy District Attorney Steven Sorensen, the shooting followed an argument about an outstanding debt over cigarettes. Another family member who lives in the house where the shooting occurred told police about the argument, but said he did not see the shooting.

Arevalos -- who admitted to injecting heroin five hours before being shot -- testified that his cousin opened fire on him without warning from roughly 9 feet away, and made no mention of a beef over cigarettes.

According to Arevalos, Lopez and another cousin had snorted lines of methamphetamine prior to the shooting, which is when Arevalos -- who said he did not partake -- testified he left the garage and went to the front of the house.

"I went out the front door, and I grabbed the water hose and started watering, and I was only watering for a minute or two," Arevalos testified. "The next thing I heard was a loud noise, and my ears starting ringing.''

After grasping his bleeding head, he said he turned around to see the defendant fumbling with the handgun, which appeared to be jammed.

Arevalos said he then asked his cousin why he had shot him, which is when the defendant told him he "better run."

Lopez's attorney, John Patrick Dolan, questioned Arevalos over allegations that he attempted to secure favorable treatment by the Riverside County District Attorney's Office in exchange for his testimony -- an allegation Arevalos, and Sorensen, refuted. Arevalos testified he served more than 14 years in state prison for a 2004 burglary with a firearm conviction. Court records indicated he was awaiting trial on misdemeanor charges of wilfully resisting arrest, destroying/concealing evidence and possessing drug paraphernalia.

According to Indio Police Department Detective Jesse Marin, Arevalos was targeted because he was a gang member considered inbad standing'' for "choosing to become classified as `PC' (protective custody) -- usually working with law enforcement."

Court papers called Arevalos a "drop-out,'' or former member, of the gang, but made no reference to allegations that Lopez targeted him because he was speaking with law enforcement.

Lopez, also known by the gang moniker "Fernie,'' is a senior member of a street gang based in Coachella, Marin wrote.

According to prosecutors, after initially lying about his real name and who shot him, Arevalos told police in the hospital that it was his cousin who pulled the trigger.

After being taken into custody, Lopez confessed to the shooting but claimed it was an accident, according to court papers.