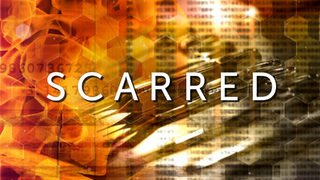 Thinner, tighter, prettier, just some of the reasons cosmetic surgery is a billion-dollar industry. There are plenty of options here in the desert.

A Coachella Valley woman made the choice to have some work done, including liposuction and a fat transfer procedure. She doesn’t want to be identified due to personal embarrassment. She is sharing her experience as a cautionary tale, urging others to do research on doctors in the industry before taking the leap to have cosmetic surgery.

In February, an episode of an infomercial called ‘The Wellness Hour with Randy Alvarez’ caught her eye. In it, host Randy Alvarez introduced Dr. Craig Ball as "The Lipo King."

"I was maybe 15 pounds overweight. I was so impressed with the wellness TV. I am new to California, I was wow," the patient told I-Team investigator and News Channel 3 anchor Karen Devine.

She says her surgery was underway eight days after a consultation with Dr. Craig Ball from The Cosmetic Surgery Institute in Palm Desert. This is something she now regrets, admitting she didn't do her homework before moving forward with the procedures.

"In retrospect when I am trying to reflect, how did I get here?” the patient said, “and at no time did anyone say to me ‘by the way, this doctor's had his license pulled twice.’"

She's referring to Dr. Ball's record with the Medical Board of California.

Dr. Ball is cleared to practice medicine right now, with restrictions. He's currently halfway through a 5 year probation period after his license was surrendered for ten years and reinstated in March of 2017.

In 2003, the Medical Board placed Dr. Ball on probation, records stating: Dr. Ball "demonstrated a lack of medical knowledge, judgment and ability in the care and treatment of a patient."

In 2006, another complaint was presented to the Medical Board of California. This one outlined thirteen causes for discipline including “gross negligence,” “repeated negligent acts,” “incompetence,” “violation of professional confidence,” and “dishonesty or corruption.”

Ball surrendered his certificate in December of 2007.

The Wellness Hour's Randy Alvarez told Devine over the phone, that he vets the medical professionals for his show. Again, when it comes to Dr. Ball, his license was re-instated in 2017. He is now licensed to work on probation with limitations.

Alvarez told Devine, "Dr. Ball and I have been friends for years. He's done work on me, my sister, and son. In this case, I grandfathered him in." Alvarez says he was not paid to produce the interview and does not make any commissions from Dr. Ball.

After the conversation with Devine, Alvarez pulled the show featuring the doctor indefinitely.

It's been eight months since the surgery and the patient at the center of this story says she is not fine.

"He told me it would be non-invasive, I would be fine in a week," she says.

She says the recovery process has been anything but smooth.  Trying to get answers and relief from the pain, she says she's spent thousands of dollars in aftercare to soften scar tissue, lessen bumps, lumps and divots.

"My life before this was fabulous, I moved out here because it was paradise and I wanted to retire and I wanted to celebrate life and now I sit in my house, day in and day out in horrific pain."

She tells Devine she's filed a complaint against Dr. Ball with the Medical Board, but at this point, says she does not intend to sue.

"I have pain 7 days a week, I have to do stretches, I have to, because of the mounds of scar tissue harden, I can't play tennis, I can’t play golf, I can't have intimacy with anybody because I am covered in hamburger sized mounds that can't be touched."

Devine called Dr. Ball with all of these concerns. He agreed to be recorded.

Dr. Ball says he is limited by health privacy laws on what he can discuss.
He did say, "…knowing what her results are, I don't know why she's so angry, but that's her issue, I guess."

Devine relayed to Dr. Ball that the patient says “she's just in so much pain and she has the lumps and bumps and you know, scar tissue, and nerve damage.” She asked if that is ‘pretty normal’ in the beginning.  Dr. Ball responds, "Ah, no, it's not."

He defended his work. "I'm very, very meticulous and very artful in what I do."

Two of Dr. Ball's peers strongly supported his work, including the current owner and medical director of The Cosmetic Surgery Institute, Mohammed Zakhireh, M.D., who told the Medical Board in part, Dr. Ball has "inherent good character and a good heart."

Mark Berman, M.D., wrote in a 2015 letter, the doctor is a "fundamentally honest person" whose patients "all loved him" and he has "completely rehabilitated from his ethical lapses."

These comments were presented as part of Dr. Ball's effort to reinstate his license.

News Channel 3 offered Doctor Ball an opportunity for an on camera interview.

His attorney sent us the following statement Thursday afternoon:
“Dr. Ball is in full compliance with all medical licensing requirements, strenuously denies the allegations, and prides himself on practicing medicine with the highest standard of care.  Due to HIPPA obligations and California law Dr. Ball cannot comment further.  Dr. Ball is proud to have the support of his colleagues in the medical profession and the thousands of patients that he has helped during his career.”   - Richard A. Schonfeld, counsel for Dr. Craig Ball

The owner and medical director at the Cosmetic Surgery Institute, Mohammed Zakhireh has a clean record, according to the Medical Board.

If you are considering Cosmetic Surgery, here are some resources from the American Society of Plastic Surgeons that may be helpful to you: