The moratorium applies to unincorporated communities in the Temecula Valley and the mountain communities around Idyllwild.

The decision follows a flood of permit applications the county says has resulted in too many rentals in a short period of time.

STR properties have generated controversies in the communities where they're allowed due to complaints about excessive noise from parties, too many people occupying them, trash strewn about, and crowded neighborhood parking conditions.

Owners defend the residential businesses by pointing to increasing home prices and other economic-related benefits due to increased tourism dollars being spent citing increased use of restaurants, landscapers, and cleaning services.

Critics say STRs have taken away thousands of homes from people who need a place to live. They say the properties drive up prices to their detriment making it harder to buy or rent full-time. California has enacted new building regulations to address a long-term housing shortage to spur new affordable home building.

Several communities around the Coachella Valley have either imposed all-out bans on the properties or placed restrictions on them due to concerns from residents including Cathedral City, Palm Desert, Rancho Mirage, and Indian Wells.

The cities of Indio, Desert Hot Springs, and La Quinta have enacted limits or moratoriums on STRs due to complaints from neighbors.

A final vote on the county's new ordinance is expected at next month's meeting. 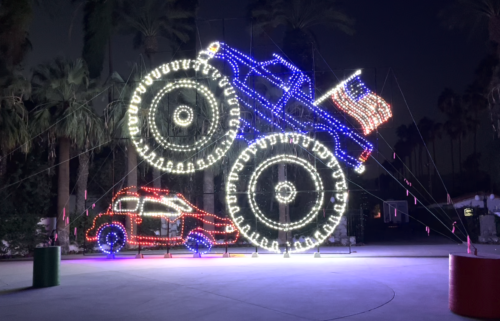