President Joe Biden’s pledge to reopen most American schools within his first 100 days in office is in danger of going off the rails as teachers’ unions hold firm on their demands for new safety measures amid conflicting messages from the administration and public health leaders.

White House press secretary Jen Psaki on Thursday said Biden was committed “to ensuring schools are open five days a week” — once the proper safety measures are in place. New guidelines from the US Centers for Disease Control and Prevention are expected on Friday, she added.

It was Psaki’s third swing in 72 hours at questions over the President’s definition of a successful return. Her initial suggestion, on Tuesday, that “teaching at least one day a week in the majority of schools by day 100” might be enough to clear the bar was met with a torrent of criticism from parents, teachers and administrators.

Nearly a year into the unprecedented national experiment in remote learning in the face of a growing pandemic, millions of children are still at home, with no expected return date. Studies show them falling behind, with low-income or Black and Latino children hurting the worst — but the science is unclear on how, or when, they can safely return to classes, even as some teachers get vaccinated and schools districts work to fit classrooms for reopening. There is scant information on the effects of bringing students back together, in close quarters, could have on the communities they reenter after leaving the building.

The Trump administration’s scattershot Covid response largely put the onus for reopening on local school boards and governments, which have encountered resistance from teachers. Though Biden promised to nationalize the response, some of the messaging from the White House has added to the confusion.

The CDC, which has met with unions and other education leaders ahead of the planned rollout of new safety guidance, has also complicated the conversation with some messaging snafus. But there is hope — among both the unions and students’ families — that a new round of guidance, coming this week, could turn down the temperature on the debate and provide clearer markers going forward.

CDC Director Dr. Rochelle Walensky stirred the pot last week when she appeared to suggest that schools could safely reopen without teachers getting vaccinated.

“There is increasing data to suggest that schools can safely reopen. And that that safe reopening does not suggest that teachers need to be vaccinated in order to reopen safely,” she said. (The next day, Psaki said Walensky had been speaking in her “personal capacity,” even though Walensky had made the comments in an official administration Covid briefing.)

Becky Pringle, president of the National Education Association, told CNN that plenty of teachers had reacted to Walensky’s comments last week with fear and concern.

“That was the headline: They don’t need vaccines,” Pringle said. “They were very anxious and very upset.”

Pringle said she appreciated what she viewed as the administration’s urgency and focus on the issue of schools reopening. But she said the rest of Walensky’s comments — about making sure schools have access to other mitigating measures like masking, social distancing and proper ventilation — had, unfortunately, been missed by some teachers who had been taken aback by her vaccine remark.

Both Pringle and American Federation of Teachers President Randi Weingarten say teachers should be prioritized for the vaccine, but have stopped short of calling it a requirement for a full return to in-person learning.

“What the Biden administration can do is they can do their utmost to use the bully pulpit to have the educators be prioritized,” Weingarten added.

A Biden administration official said it planned to reiterate this week that the federal government sees teachers as essential workers who should be an urgent priority in receiving the Covid vaccine. It is not clear whether this week’s announcement from the CDC will explicitly address the issue of teachers and vaccines.

The bottom line, the administration official said, is this: “We want to get schools open. We want to get them open safely. We want to make sure they stay open — and this applies to all schools across the board, not just private, wealthy schools.”

At its core, the debate over school openings is about how to balance risk to teachers with the risk to students — and to the nation, as kids fall further behind.

Without clear guidelines for a safe return, an already enormous public health challenge has increasingly become a political messaging contest: Democrats largely argue that reopening decisions should “follow the science” — without clear agreement on what that means — while Republicans have zeroed in on liberal-leaning teachers unions, accusing them of making unreasonable demands on the system.

But the fight also cuts across party lines and into more complex and fraught socioeconomic politics.

Democratic leaders in some states and big cities, under pressure from frustrated parents, have clashed with the unions, who are pushing for more robust safety measures. Negotiations have largely centered on ramped-up in-school Covid testing, accommodations for teachers with high-risk family members at home, infrastructure improvements to school buildings and, in some cases, securing vaccinations for teachers. But a lack of resources and funding has contributed to the impasse, which could be softened if Congress passes Biden’s relief and stimulus plan, which includes new money for schools.

The Biden administration will have to contend with skepticism, particularly among historically underprivileged communities, that new federal guidelines will make a tangible difference for educators, parents and students.

“CDC guidelines don’t build confidence and trust in school communities that have been deprioritized and robbed of resources for generations because Black and brown children attend them,” said Stacy Davis Gates, the vice president of the Chicago Teachers Union.

Biden entered office three weeks ago with a pledge to reopen schools nationwide within his first 100 days in office. It was an ambitious goal from the outset, but that timetable is now in doubt and the parameters for success are muddy.

Asked on Tuesday for the President’s definition of open schools, Psaki spelled out the administration’s parameters as it pertains to in-person teaching.

“His goal that he set is to have the majority of schools, so more than 50%, open by day 100 of his presidency. And that means some teaching in classrooms. So at least one day a week,” Psaki said. “Hopefully it’s more — and obviously it is as much as is safe in each school and local district.”

In Nevada, the Clark County Education Association, the country’s largest independent teachers union, is preparing for a partial return to buildings using a hybrid model, which mixes in-school and remote learning, for younger students.

Association President Marie Neisess said she is optimistic that new CDC guidelines will help separate fact from innuendo, but that there is anger in her ranks with the conversation around decisions to return to in-person learning.

“Our educators get very offended when anyone says ‘reopen schools,’ because schools are open, they are teaching, they’ve been teaching. It’s just through a distance learning model,” Neisess told CNN, arguing that the tone of the debate downplays the extremes to which teachers have gone to engage students under difficult circumstances.

Neisess also said that the suggestion teachers uniformly want to wait as long as possible to return to their buildings misses the mark. In fact, she added, there is a divide within the education association among teachers who have threatened to “drop our union” because they want to come back for a full Monday to Friday schedule. Others, however, “are concerned that we’re not protecting them enough and that we’re forcing them back into the classroom.”

Until now, the federal government hadn’t been tracking how many schools are open for in-person instruction, but the Department of Education recently announced that it will start collecting data this month.

Public schools in the US operate largely outside the federal government’s control. But even with the new CDC guidance expected in the coming days, doubts remain over whether a uniform code can be applied to schools in diverse settings and circumstances.

Waiting on a plan

Still, both policy and political stakeholders appear ready to embrace a clearer set of signposts and are anticipating congressional action to help make the benchmarks feasible.

The new guidance could be a “game changer,” said Danny Carlson, director of policy and advocacy at the National Association of Elementary School Principals.

“There wasn’t a cogent, coherent version of the earlier guidance. The fact that it was haphazard, and got tied up with politics, eroded a lot of trust among those making reopening decisions on the ground,” he said.

The previous guidance came out in pieces and former President Donald Trump sowed confusion when he called on the CDC to revise it. Now teachers’ unions and other school leaders have been involved in the process behind the scenes.

But both Biden and union leaders say that schools need more funding to meet the new CDC guidelines and reopen safely, putting a spotlight on Congress. Democratic lawmakers are moving this week toward considering the $1.9 trillion Covid relief package proposed by Biden.

On Monday, the House Education and Labor Committee released bill text that would provide $130 billion to K-12 schools to help students return to the classroom. Schools will be allowed to use the money to update their ventilation systems, reduce class sizes, buy personal protective equipment and hire support staff. It would require that schools use at least 20% of the money to address learning loss by providing services like summer school, for example.

“We know we’ll get the guidance from the CDC this week. That’s going to be one less uncertainty,” Weingarten said. “But the resources from the rescue plan, the availability of vaccines and educator priority — that’s up in the air — and the variant is up in the air.”

For now, though, the teachers’ unions are holding their ground. In Chicago, where the city government and school system clashed with the union, the rank and file on Wednesday morning ratified a tentative agreement for a return to in-person learning.

New York City was one of the first major metropolitan centers to bring back students. The initial reopening, last September and October, followed months of fraught negotiations. Then a spike in cases — which exceeded a test positivity metric agreed on by the city and its biggest union — triggered closures in November, before elementary schools opened again near the end of 2020. Mayor Bill de Blasio announced this week that middle school students, who have been held out since November, will begin to return by the end of the month.

But even in New York City, which made expensive new investments ahead of reopening, only a fraction of students have opted for in-person learning. And around the country, the demographic sketch of those choosing to go to class when the option is there has underscored the complexities of reopening in traditionally underserved communities, where school buildings have suffered from decades of disinvestment and students are more apt to live in multigenerational households. 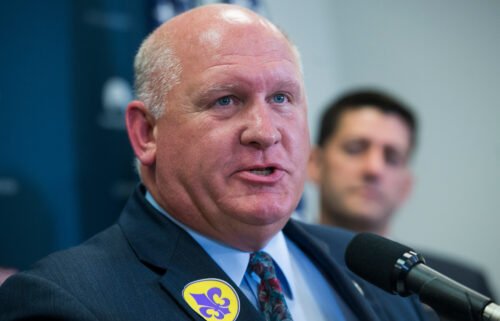