House Speaker Nancy Pelosi on Sunday said House leadership “did not rebuke” Democratic Rep. Ilhan Omar last week, after criticism from the left that the caucus was unfairly targeting Omar and mischaracterizing her comments about the US, Israel, Hamas and the Taliban.

“We did not rebuke her. We acknowledged that she made a clarification,” Pelosi told CNN’s Dana Bash on “State of the Union.” “Congresswoman Omar is a valued member of our caucus. She asked her questions of the Secretary of State. Nobody criticized those, about how people will be held accountable if we’re not going to the International Court of Justice. That was a very legitimate question. That was not of concern.”

The dust up within the party began Monday when Omar, a Minnesota Democrat, tweeted that “we have seen unthinkable atrocities committed by the U.S., Hamas, Israel, Afghanistan, and the Taliban,” along with video of her questioning Secretary of State Antony Blinken that day during a House hearing.

The disagreement spilled into public on Wednesday when a group of Jewish House Democrats accused her of equating the US and Israel with the Taliban and Hamas.

Facing calls from the group of fellow Democrats to clarify her comments, Omar said Thursday that she was “in no way equating terrorist organizations with democratic countries,” but that her conversation with Blinken was about accountability for specific incidents regarding ongoing International Criminal Court investigations.

On Thursday, Pelosi and House leadership later issued a statement saying they welcomed the clarification from Omar, but that also read, “Drawing false equivalencies between democracies like the U.S. and Israel and groups that engage in terrorism like Hamas and the Taliban foments prejudice and undermines progress toward a future of peace and security for all.”

Michigan Democratic Rep. Rashida Tlaib, who along with Omar is part of the progressive group of lawmakers known as “the Squad,” criticized the statement from House leadership, saying they “should be ashamed of its relentless, exclusive tone policing of Congresswomen of color.” Other progressives criticized Democrats for issuing their statement publicly rather than first discussing the issue privately with Omar.

Following the House leadership’s statement, the progressive caucus issued a statement Thursday in support of Omar and urging colleagues “not to abet or amplify such divisive and bad faith tactics” from a “right-wing media echo chamber” that is “distorting” Omar’s views.

Also appearing on “State of the Union” Sunday, Democratic Rep. Alexandria Ocasio-Cortez of New York told CNN that she believes Omar’s comments were “absolutely mischaracterized” and taken out of context by right-wing websites.

“When we feed into that, it adds legitimacy to a lot of this kind of right-wing vitriol. It absolutely increases that target,” she told Bash. “And as someone who has experienced that, it’s very difficult to communicate the scale and how dangerous that is.”

Asked if she wants people to let the matter go, Pelosi replied, “She clarified, we thanked her, end of subject.”

Ocasio-Cortez later added, “As Speaker Pelosi said, we are putting this behind us and I believe that we will ultimately come together as a caucus.” 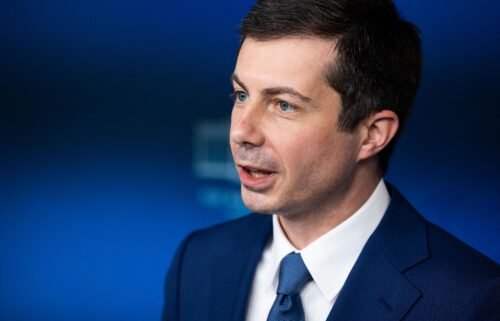 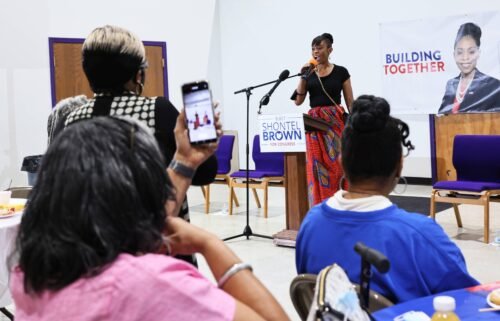