Regina LaBelle, the former acting director of the White House Office of National Drug Control Policy, is leaving her job at the White House on Friday following the recent confirmation of Dr. Rahul Gupta as drug czar, a source familiar told CNN.

In a departure letter to stakeholders and staff obtained by CNN, LaBelle wrote that she’s “heartened by the progress we’ve made to date but we face a steep climb to build the addiction structure our nation needs.”

“As you know, the most recent provisional drug overdose death data from the Centers for Disease Control and Prevention (CDC) continues to underscore the urgency of addressing the addiction and overdose epidemic,” the letter says.

Drug overdose deaths in the US hit a new high of more than 96,000 in the 12-month period ending March 2021, according to data released Wednesday by the CDC’s National Center for Health Statistics.

In that 12 months — a period when Covid-19 pandemic took hold in the United States and shut down normal daily routines — the US saw 96,779 reported drug overdose deaths, an increase of 29.6% from March 2020 to March 2021. The numbers released Wednesday are provisional data, as drug overdose deaths require “lengthy investigation” to be recorded, according to the CDC.

The CDC’s estimate for predicted deaths, which accounts for delayed reporting, was over 99,000 from March 2020 to March 2021.

Last year saw the largest single-year increase in drug overdose deaths ever reported in the United States, with more than 93,000 deaths in 2020, the CDC said earlier this year — an increase of nearly 30% over 2019.

LaBelle wrote in her letter that her successor, Gupta, “will work diligently to further the Administration’s drug policy priorities and curb overdose deaths.

Gupta, a former West Virginia public health official, is the first physician to lead the office.

LaBelle, who briefly became ONDCP’s deputy director following Gupta’s confirmation last week, is returning to work at Georgetown University, where she was the director of the Addiction and Public Policy Initiative at the O’Neill Institute. She also served as the chief of staff and senior policy adviser to ONDCP during the Obama administration and worked for the Biden-Harris transition team prior to the President’s inauguration. 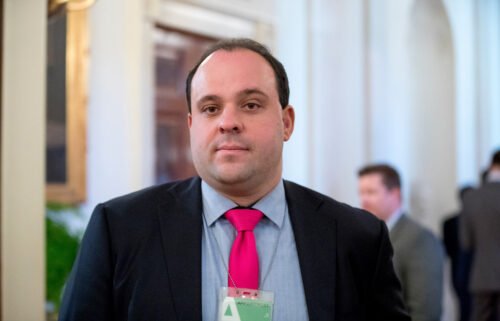