MINNEAPOLIS, MN (WCCO) — Minneapolis city leaders are at odds over how to reopen streets around the George Floyd memorial site.

East 38th Street and Chicago Avenue, the south Minneapolis intersection where Floyd died last spring, has been blocked since May.

City Council President Lisa Bender tweeted Tuesday that Mayor Jacob Frey has the power to remove the barriers, and he should make a decision. But she says he wants city council members to sign onto a letter supporting the change instead. Bender says she won’t do that.

Mayor Frey responded in part Wednesday, saying “avoidable divergence among those entrusted with leading our city could compromise not only our community efforts but the public’s trust in local government. Let’s unite and get this done.”

Jeanelle Austin, one of the lead caretakers for the site that’s dubbed George Floyd Square, told WCCO earlier this month that the memorial itself is an act of disruptive protest.

“We are going to hold the space with art peacefully until somebody can get it in their imagination that we have to do something differently,” Austin said.

Floyd died near the intersection last Memorial Day while being detained by four now-former Minneapolis police officers, including Derek Chauvin, who knelt on Floyd’s neck for almost eight minutes after he was accused of trying to pay for an item at a convenience store with counterfeit money.

The judge in Floyd’s trial, Peter Cahill, recently decided to split the trial in two, trying Chauvin alone first in March, and then the other three ex-officers — J. Alexander Kueng, Thomas Lane and Tou Thao — together in the summer. Legal experts say if Chauvin isn’t convicted in his trial, charges will then likely be dropped against the other three men.

State prosecutors, including Minnesota Attorney General Keith Ellison, have requested the trial be delayed due to concerns about COVID-19. The effort was backed by University of Minnesota epidemiologist Michael Osterholm. 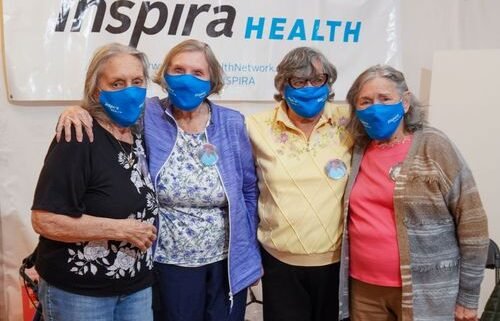