PENSACOLA BEACH, Florida (WALA) — Coasting off of Pensacola Beach, Edithe, a great white shark pinged on January 10th, 103 days after she pinged for the very first time in the northern Atlantic.

She’s not yet fully matured, but already weighs 1,185 pounds and is 12 feet long.

Researchers with Ocearch are tracking her and say she is a very special creature.

“Certainly when you see an Edithe in the region there’s gonna be many many dozens or hundreds of white sharks like her making a similar journey but it is very normal,” said Chris Fischer, Ocearch founder.

Fischer says her track is one that just 20% of great whites make, venturing into the Gulf of Mexico.

“Over the years we’ve had a few of them come up through the kind of Mexico Beach, Pensacola area and slide into Alabama. Edithe is doing something we’ve seen a handful of sharks do before,” said Fischer.

Since she first pinged back in October she’s traveled 2,357 miles making her way south for the winter.

“She’s pinging enough to give us a good track of her movements but not pinging so much that she’s burning out her battery, which really gives us a hope that we’re gonna get a 5+ year track out of her.”

Fisher says Edithe’s presence in the Gulf shows our waters are healthy. 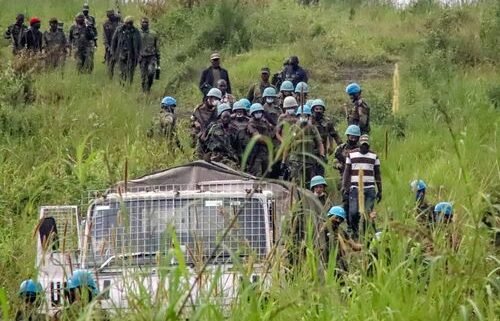