PHOENIX (KPHO/KTVK) — These days UPS drivers are often recognized for their work during the pandemic.

But what Phoenix driver Ken Westbrook proved at the intersection of 32nd Street and Washington Street was that dedication to his community was all in a day’s work.

“I just saw this little lady in a wheelchair struggling to get across the crosswalk,” said Westbrook.

Westbrook said he was waiting to make a left turn after picking up an order nearby when he noticed a woman teetering a little too close to the tracks.

“When she got about half-way, I was tempted to open the door and help her and then she stopped right near the light rail tracks,” said Westbrook.

He said the woman, who had just gotten off the bus, appeared to be lost.

“And I noticed the light rail was coming,” said Westbrook.

That’s when Westbrook jumped out to help.

“If they thought they could get past her and couldn’t, they would have hit her wheelchair,” said Westbrook.

But he wasn’t the only person watching it all unfold—an employee from a nearby business snapped a picture.

“He thought to take a picture, sent it to my boss who sent it to me, like look at this guy. Like, can you believe this guy? His truck is behind him, he climbed out of his truck at a stoplight, the light rail is stopped,” said Rich Glenn.

Glenn from Red Cat Racing said he wasn’t at all surprised to learn it was Westbrook who helped the woman.

“We all know Ken as probably one of the best people you’ll ever meet in your life, one of those genuinely good people,” said Glenn.

Thanks to Westbrook’s actions, the woman was not hurt.

“If the world was filled with Kens, there wouldn’t be problems,” said Glenn.

“This sounds corny, but I treat people the way I want to be treated,” said Westbrook.

Westbrook is hoping his efforts that day might inspire others to do the right thing. 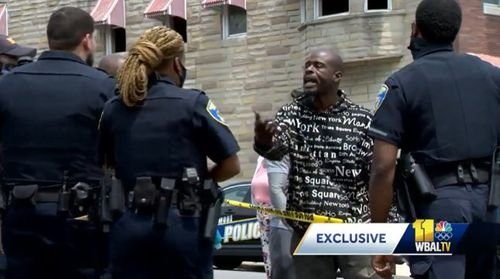 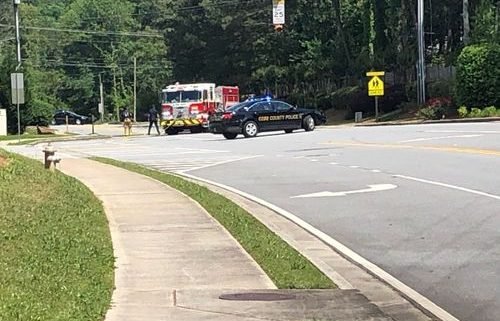