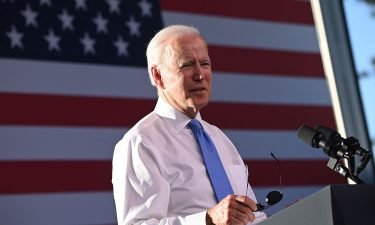 At 52, he opened up to CBS46’s Karyn Greer about the deaths of his 2 children Bobbi Kristina and Bobby Jr, his ex-wife Whitney Houston to drugs, as well as his ongoing battle to get clean and stay sober.

“I am a recovering addict. I’ve been through the system so many times. It’s killing our communities so we have to lend a hand. I am sober 19 years with narcotics and going on a year with alcohol..” Brown said.

Fresh out of his costume as the crab on the hit show the Masked Singer and an appearance on Red Table Talk, Brown is using his platform now to help women who have been trying to get out of domestic abuse relationships, something he says Bobbi Kristina was secretly going through.

“Unfortunately I didn’t know. When she was in any kind of trouble I would fly out and try to get her out of the situation and I was shut out.” he said. “It was heavy on my heart.”

Bobby established the Bobbi Kristina Serenity House, a domestic violence non-profit committed to being a voice for the voiceless and empowering women like his mother.

“I grew up in a domestic violence home.” He said. “They stayed married. They lived together and fought together.”

His partnership with Sharehouse – which helps women and children transition from violence to dependence – is giving women hope for a brighter future.

“Some of the warning signs, estranged from families, seeing bruises all types of excuses and reasons. This is one of my favorite places to visit when I am in Atlanta. I like to show love and support to the people here.”