CRESTONE, Colorado (KCNC) — After a mummified body was found in a home near Crestone and several members the religious “Love Has Won” cult were arrested, the group has reappeared online. It appears the cult has changed its name.

Calling itself “5D Full Disclosure,” members of the group posted a blue full page on a site stating, “God was here. She ascended, now it’s our turn.”

Their reference to God is believed to be Amy Carlson known as “Mother God”. She was the leader of Love Has Won.

Her mummified body decorated with Christmas lights was discovered in a home near Crestone. It was believed she had been dead for some time.

Seven members of Love has Won were arrested on charges related to the presence of the body. Two known members of the group posted on Facebook dated May 20 with Amy Carlson’s picture in the background.

One person said, “How did this happen. Everybody still loves mom… nothing changed.” It is a live stream entitled “The Return of the Oracles.”

All of those arrested have now been released on bond. CBS4’S Rick Sallinger spoke with two of them briefly earlier this month.

“How did she die?” Sallinger asked.

A different side of the group appeared on a video recently posted to Reddit. What it shows is a series of clips from the group making highly anti-Semitic and anti-Black statements which CBS4 will not broadcast.

The group living in Colorado is small in numbers, but has thousands of online followers. It is not known where the live stream on this day came from. The group has been in Hawaii, Oregon and the body of Carlson was believed brought to Colorado from California. 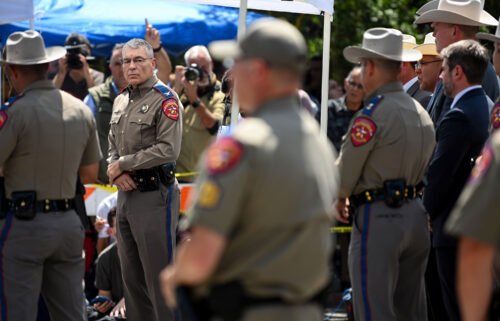