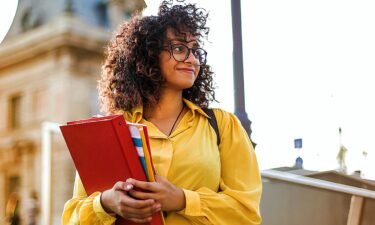 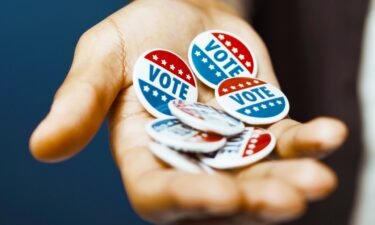 Hundreds of thousands of US students are dreading turning 21 because it means they’ll be living in limbo and scrambling to find ways to stay in the country they love. Here’s what else you need to know to Start Your Week Smart.

The weekend that was

The annual lighting ceremony of the National Menorah will be held on the Ellipse across the street from the White House. The event marks the first night of the Jewish holiday of Hanukkah. Second gentleman Doug Emhoff, who is Jewish, will participate in the ceremony.

The United States will restrict travel from South Africa, Botswana, Zimbabwe, Namibia, Lesotho, Eswatini, Mozambique and Malawi effective tomorrow due to concerns over the new Covid-19 variant. This does not apply to American citizens and lawful permanent residents.

Jury selection begins in the trial of Kim Potter. The former police officer in Brooklyn Center, Minnesota, is accused of fatally shooting Daunte Wright during an April traffic stop. She is charged with manslaughter, and says she mistook her service weapon for a Taser.

For the second time this month, Atlanta voters will head to the polls to elect the city’s next mayor. The runoff election is between city council Felicia Moore and Andre Dickens, an at-large councilman. Both advanced to the runoff after the candidates failed to gain the 50% plus one vote needed for a win.

Want more 5 Things? This week on the Sunday edition of the 5 Things podcast, we talk with CNN Entertainment Senior Writer Lisa Respers France, who examines the state of the movie theater industry at this point in the pandemic. Plus, she takes a look at which movies will make noise during the upcoming awards season. Listen here!

Photos of the week

Visitors pose for a photo in the middle of the artwork “Tunnel of Light” in Tokamachi, Japan. Here’s a look at 36 moving, fascinating and thought-provoking images from the week that was, curated by CNN Photos.

A night of soul music

Tisha Campbell and Tichina Arnold will host this year’s Soul Train Awards, which will be broadcast from New York’s world-famous Apollo Theater for the first time. The star-studded lineup of performers includes Maxwell and Ashanti, who’ll both get lifetime achievement awards at the ceremony. The show airs on BET at 8 p.m. ET/PT.

Our quiz team has taken a much-needed Thanksgiving break this weekend, and will have a new quiz ready for you bright and early Friday!

Hope your Thanksgiving wasn’t as explosive. (Click here to watch)