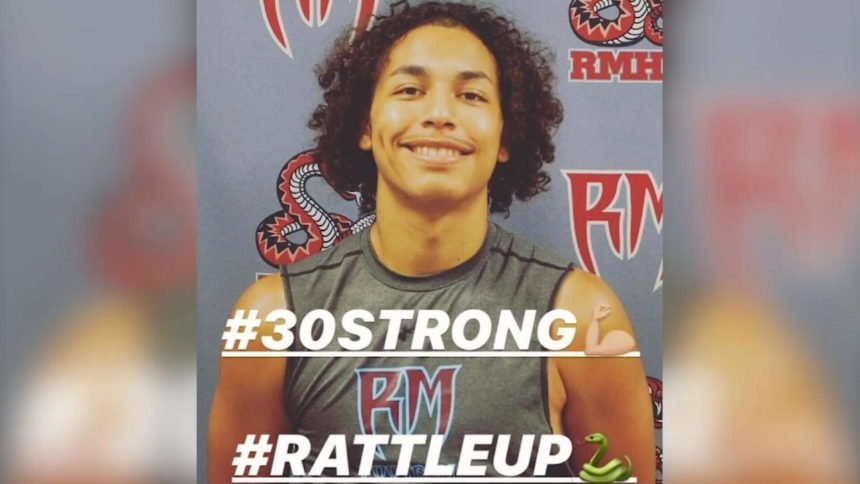 Ramirez was unexpectedly rushed to Desert Regional Medical Center earlier that afternoon where he underwent emergency surgery to drain a fluid buildup in his head, his sister told KESQ News Channel 3.

"Let’s pray this is it for #30Strong I truly hate to see him in this much pain! #prayforIzzy," his sister said.

"Of course I will (keep you updated). If it's not too much to ask will you ask the valley to please pray for Izzy," his sister texted earlier to KESQ News Channel 3.

What was thought to be his final brain surgery was conducted without incident last Thursday. Doctors replaced a portion of his skull that had to be removed in earlier procedures.

The popular Rancho Mirage High School football player was reportedly recovering well after that last skull replacement surgery. His sister told News Channel 3 the procedure went well and he was awake a short time later. She said Izzy was looking forward to starting his road to recovery and his quest to return to the football field.

His sister late Sunday said, "As he was being wheeled away he softly said to us all, 'I’ll be ok I’m 30Strong.' My brother is one Strong Young Man! We all had heavy tears in our eyes as our hearts raced but as always God hears all."

Izzy told News Channel 3 in November he was going to start home school at the beginning of next year and hoped to be back at Rancho Mirage High School by the next school year.

Ramirez briefly made a triumphant return to the football field to cheer on his teammates during their CIF playoff game. Rancho Mirage didn't get the win but said on its Facebook page, "Not the result we wanted…but Izzy is here! Life is good!"

This is a breaking news story. Stay with KESQ News Channel 3 for updates.