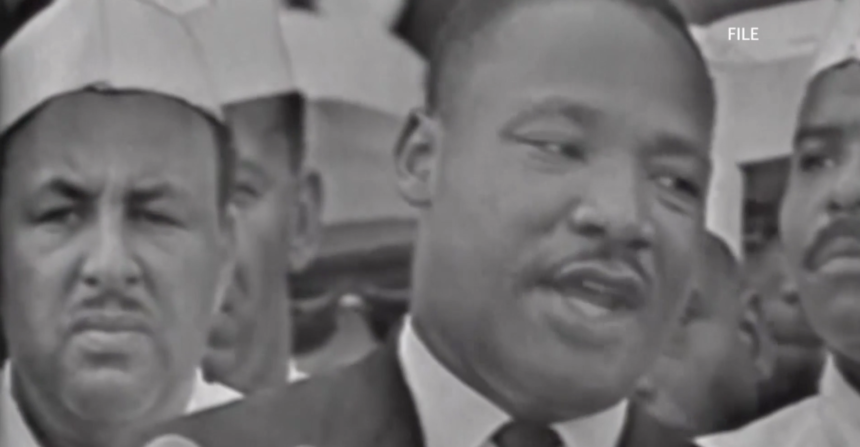 COVID-19 has stopped people from celebrating many things this past year, but it can’t stop the legacy of Dr. Martin Luther King, Jr.

This year Dr. Martin Luther King’s message looms large in the back around of current events.

News Channel 3’s Dani Romero has more on how people in Coachella Valley are sharing his legacy.

“It was calm there was at times in our thoughts and in our minds, what this man has represented and what is call was all about," said Regina Robertson, who participated in the unity march.

“We all came out, it was magnificent, prayed talked about different things we wanted to see in the upcoming year we are just grateful to be part of this day," said Robertson.

The chief of police also joined the walk.

“Just communicating with him on police brutalities and different things we had to go deal with," said Robertson.

Pastor Sheppard told News Channel 3 looking at the world today, we could use Dr. King’s guidance.

“A lot of us are saying enough is enough we’re fed up we want different we realized we can’t depend on anyone else we have to make change, we have to do it with ourselves," said Sheppard.

Families at home can also honor Dr. King’s legacy this year in more ways than one, starting with a simple conversation about Dr. King’s life.

“We may honor him one day a year officially but we can honor him literally 365 just by action," said Sheppard.

Next month is black history month, it's another opportunity for the community to continue Dr. King’s legacy.