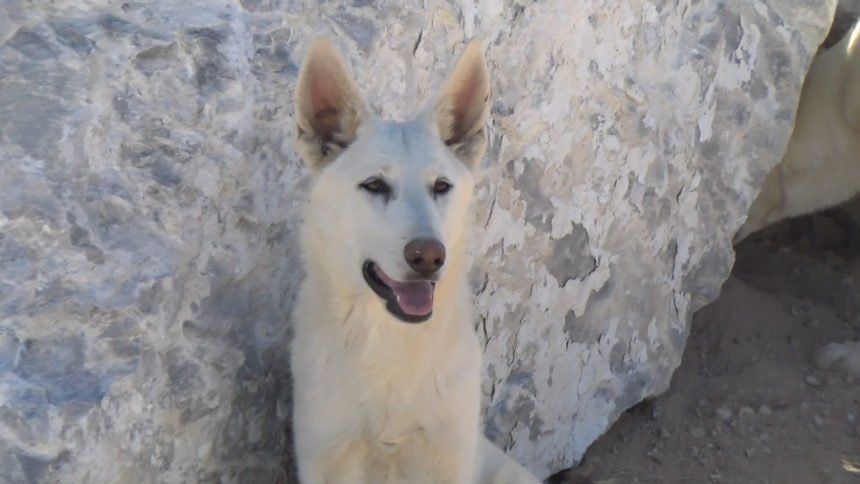 The Magic Jungle Wildlife Preserve in the Lucerne Valley has a brand new group of Arctic White Wolves. They are 6 months old and expected to still grow twice their size.

It is rare to have these animals in the desert as they are indigenous to Antarctica, Siberia, and northern provinces of Canada.

Kele Younger, the founder and director of the Magic Jungle Wildlife Preserve says, “Packs are shrinking. With global warming, the ice caps are melting. It’s just becoming really really difficult for them to survive in the wild.”

Two of the new wolves have a recessive gene where one of two of their ears have not gone up yet. They still might but they also could stay down. This trait makes them undesirable to commercial zoo's. Kele Younger loves their imperfections, “They are considered imperfect... But for us, imperfection is perfection.”

One of the wolves is a hybrid, a mix of a wolf and a white husky. Younger was cautious as to how the rest of the pack would act around her and if they would accept her. They found that they all act like she is one of the pack.

They are a completely volunteer-based organization surviving solely on donations and grants. They are only one of 40 preserves in California licensed as a wildlife rescue shelter. Younger says, “We never sell them, breed them, or trade them. They come in and they live the rest of their lives in safety, in peace, and in tranquility.”

If you would like to make a donation this holiday season to the Magic Jungle Wildlife Preserve or find more information on the preserve you can visit their website -- https://www.themagicjunglewildlifepreserve.org/