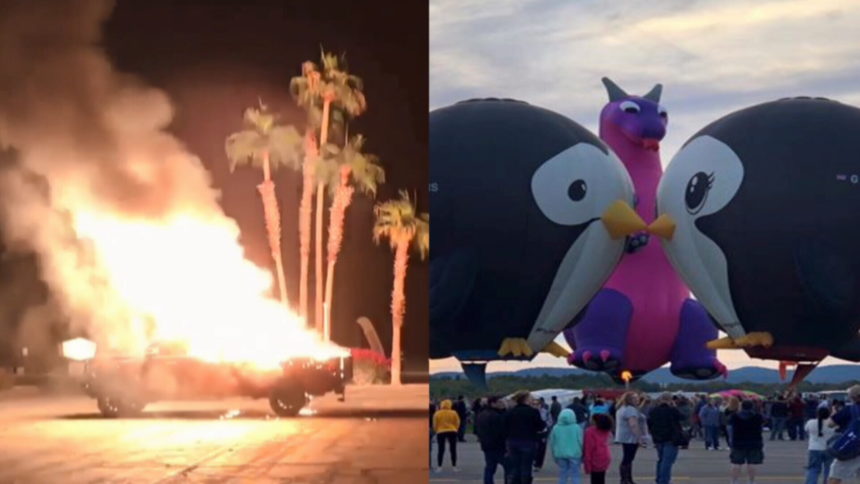 UPDATE: The Cathedral City Police Department tells News Channel 3 they've arrested 30-year-old Keenon Hiler of Indio in connection to the fire. Officers arrested Hiler who identified himself as the person who started the blaze. Hiler is being held at the Indio jail on bail set at $110,000.

A truck exploded in the parking lot of the Denny's on Highway 111 in Cathedral City Friday night, destroying a beloved, world-traveling hot air balloon.

The fire was reported sometime before 9:45 p.m. Nearby residents told News Channel 3 their homes shook when the truck exploded.

According to the wife of the owner of the hot air balloon, the balloon lost was "Puddles," a special penguin-shaped balloon that traveled the world in a family of three penguin balloons. According to its website, "Puddles" first took flight in March 2014.

"Puddles" was in town for 9th Annual Cathedral City Hot Air Balloon Festival and had just finished the night glow balloon show at the Westin in Rancho Mirage.

The owner's wife confirmed that "Puddles" was inside the truck when it exploded. She added that it appears that the fire was deliberately set and a suspect was in custody.

We have reached out to the Cathedral City Police Department for more details.