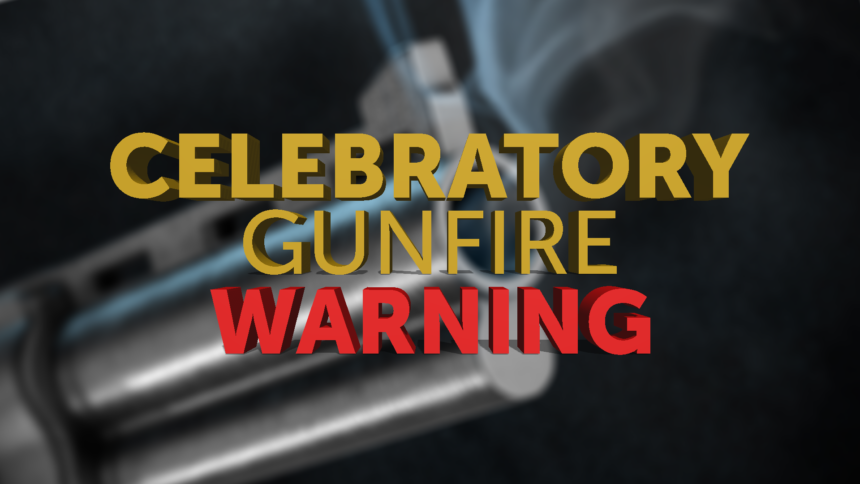 Celebratory gunfire is considered illegal discharge of a firearm and can be dangerous,'' according to a sheriff's statement.Discharging a firearm for celebratory purposes could result in injury or death to anyone struck, and jail time for the offenders.''

Sheriff's officials asked residents to report gunfire along with any other suspicious or criminal activity.

Callers should provide an exact location and physical description of suspects and/or vehicles, along with license plate information, if it can be obtained safely.

Along with watching out for celebratory gunfire, additional deputies from the La Quinta sheriff's station slated to patrol tonight will be on the lookout for motorists driving under the influence of drugs or alcohol.

In recent years, California has seen an increase in drug-impaired driving crashes, according to the sheriff's department.

Marijuana can also lead to a DUI, especially in combination with alcohol or other drugs.