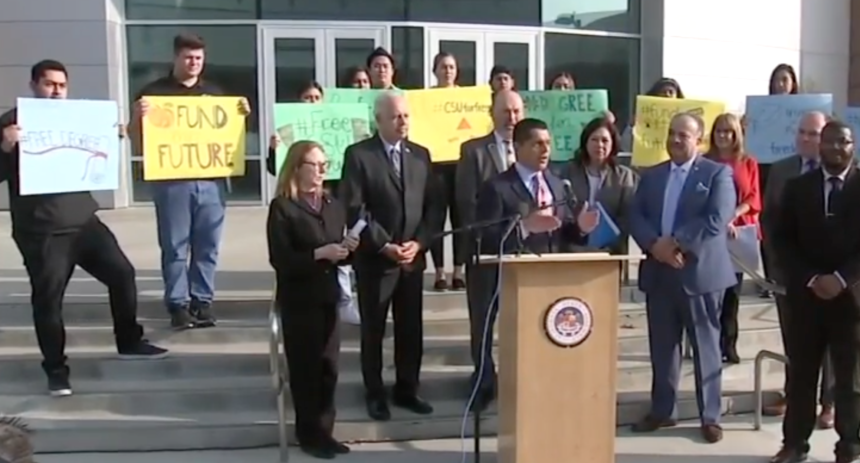 Two years of free tuition at Cal State universities could be a possibility thanks to a new bill introduced this week.

Assembly bill 1862 was introduced by Assembly member Miguel Santiago and members of the LA Community College District Board. They say the idea is to make four years of free college a real possibility for students in our California communities.

This is how it would work: students who earn an associate’s degree for transfer through the California College Promise Program could then finish their bachelor’s degrees for free at a Cal State university.

Students and Santiago himself say this bill could change the game when it comes to making a four year education attainable in the eyes of young students.

"We need all the money we can get especially when we are working full-time, going to school full-time, it's just hard,” said Vincent Maldonado Jr., an east Los Angeles college student.

This bill comes at a time when free education is a hot topic among democratic presidential candidates.

“There was a presidential debate. Everyone talked about making community colleges free. Everybody talked about making a debt-free education. We're going to do it here in California before anybody else does it,” said Assembly member Miguel Santiago, who represent district 53 in Los Angeles.

Critics of the bill say it would increase demand for spots at the already-overcrowded Cal State Universities. The bill will soon make its way through the state assembly, followed by the senate.

If passed, the bill could help thousands here in California. However, it comes with a big price tag: it could cost in the low ‘hundreds of millions’ in taxpayer dollars.